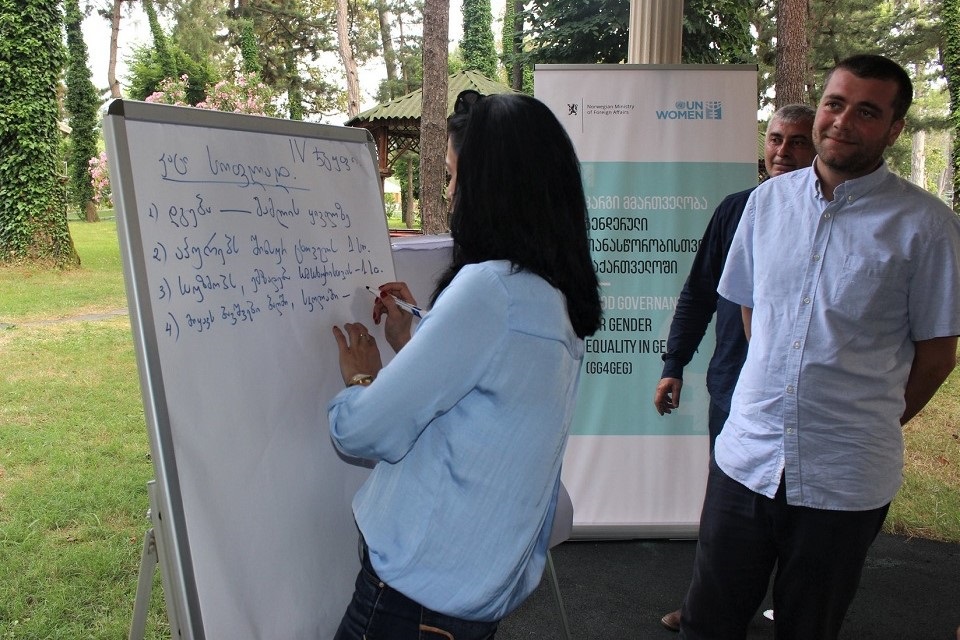 Participants of the workshop working in groups. Photo: NALAG

Local governments play a key role in effective localization of international and national commitments on gender equality and women’s empowerment. However, initiatives for promoting gender equality at the local level are still at an embryonic stage in Georgia.

“The workshop gave us an opportunity to define gender equality and gender mainstreaming priorities for NALAG and strategize how NALAG can support municipalities in promoting women’s empowerment in a more systemic manner,” remarked Natia Ghvinashvili, Deputy Executive Director of NALAG.

Tamar Taliashvili, Vice-President of NALAG, further noted: “The role of NALAG in supporting the implementation of gender equality policies at the local level is increasing. The ultimate goal of this work is to see the positive impact of these initiatives on the daily lives of women and girls across Georgia.”

UN Women plans to further accelerate work on strengthening local-level gender equality initiatives in line with Georgia’s international and national commitments on women’s empowerment and the recommendations of the Public Defender’s Office issued under its “Assessment of Gender Policy of Local Self-Government Bodies”. UN Women’s cooperation with NALAG is taking place within the framework of the project “Good Governance for Gender Equality in Georgia”, supported by the Government of Norway.