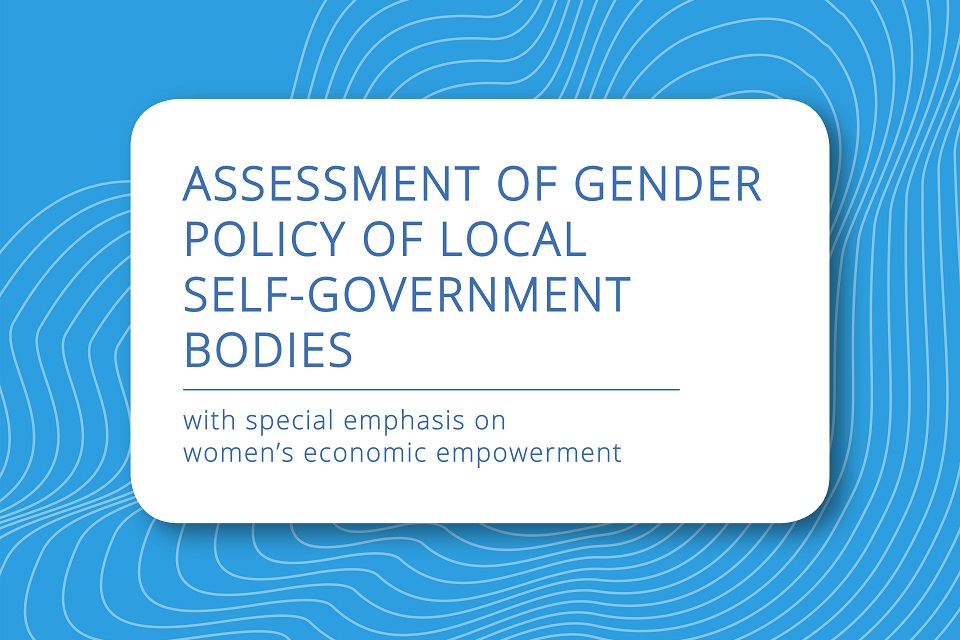 With the purpose of obtaining detailed data, UN Women and the Public Defender’s Office conducted special assessment to study the gender equality policy of local governments, during which the main emphasis was placed on women’s economic rights and expanding their opportunities. One of the primary objectives was to identify the current achievements and challenges at local authority levels.

An online event held on 28 May enabled the authors to present key findings of this research and discuss it together with governmental agencies and NGOs, members of the Gender Equality Council of the Parliament and gender advisers of municipalities.

Helene Sand Andresen, Ambassador of Norway to Georgia, addressed the meeting participants with her welcoming speech and pointed out that gender equality is one of the main European values and a fundamental right: “Every country that aspires to an economic and social revival supports women’s empowerment and their participation in the country’s political, economic and social life. This should not be a centralized, top-down process, which is characteristic of big cities only. This should be happening in the regions – villages and municipalities.”

The data suggest that 57 out of 64 municipalities in Georgia have developed a gender equality action plan for the local government. In addition, 61 per cent of local gender equality councils do not have a designated budget for their action plan. In some cases, however, they are financed from the local budget.

As Nino Lomjaria, Public Defender of Georgia, pointed out at the meeting, the municipalities should have an equal and non-discriminatory policy because they possess more information about current challenges, needs and/or opportunities: “I think that the assessment findings and recommendations will support the local government bodies in setting a clear gender policy, which will be reflected positively on the needs of the local population in the future and will improve the sustainability of the institutional mechanism in regard to gender equality.”

The assessment study was conducted in 64 municipalities in Georgia and included 85 meetings held across seven regions to collect the data, with 800 participants in total. The assessment is part of the project “A Joint Action for Women’s Economic Empowerment in Georgia”, implemented with the generous financial support of the Government of Norway.