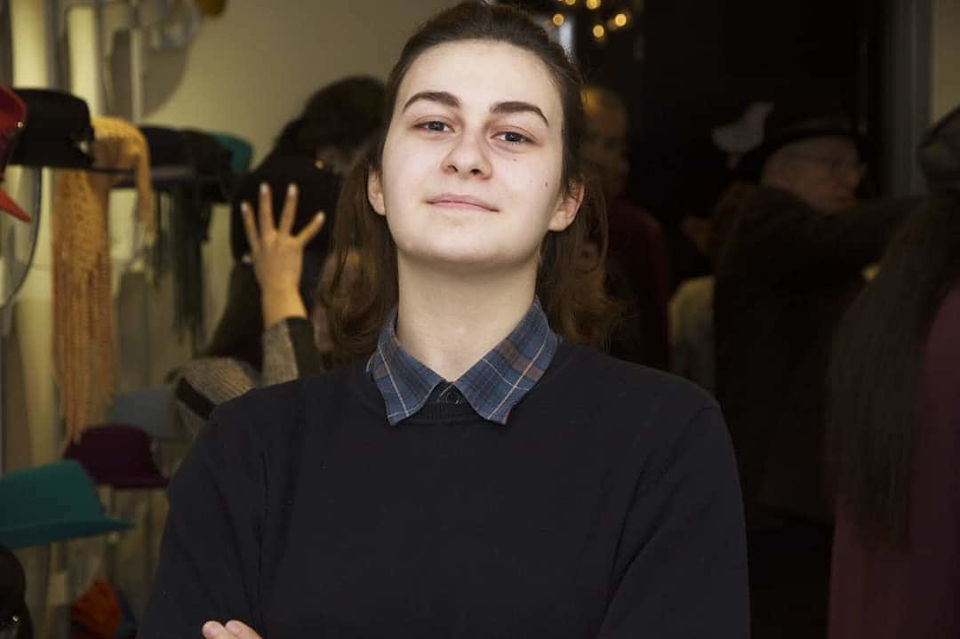 Inspired by programming for the past eight years, 17-year-old Mariam Lomtadze is the founder of Looper and tech start-ups Hero and FarmApp.

I am Generation Equality because…

As a very young person, people laughed at me when I first took up science and technology subjects, saying it was inappropriate for a girl.

Three things you can do to stop child marriage

These attitudes did not affect my aspirations towards technology, but they did get me interested in a new field – gender equality. Since then, I have been trying to combine these two interests to resolve the problems caused by gender inequality.

In July I participated in a hackathon where my team worked on the problems caused by early marriage. We focused on this specific problem because the data shows that there is an alarmingly large number of girls in Georgia who get married between the ages of 14 and 18.

According to research, this often means they can’t finish their education, which impacts their career, and all this ends with domestic violence. During the hackathon, we found innovative ways to visualize data on this issue.

Speak up and show support!

Talking about early and forced marriage is the starting point for resolving it. It is also important to show the girls involved – those who either married early or are facing the threat of this problem – that they are not alone.

We need to do everything we can to help them become stronger. If they see that they are not alone, it will be much easier for them to solve the issue.

“Talking about early and forced marriage is the starting point for resolving it. ”

Everyone is part of the solution

Often, when there is an issue related to gender inequality, men think it only concerns women. This is not true. We all have equal voices in the fight against the problems caused by inequality – both men and women.

Men can make the same contribution as women do towards raising awareness. In fact, unless we all speak up for women’s rights and start to act, any one of us may become a victim of inequality tomorrow. So, raise your voice – speak up!

Inspired by programming for the past eight years, 17-year-old Mariam Lomtadze is the founder of Looper and tech start-ups Hero and FarmApp. Currently working on developing Android mobile apps while taking a gap year after graduating high school, Mariam participated in a hackathon to find innovative ways to visualise gender data at the UN Women-supported regional conference Gender Statistics.

Related News
28/10/2022
In the words of Manana Jincharadze: “Teachers never fail to see when a child has been the victim of violence. That is why the steps taken by teachers are utterly vital.”
11/04/2022
Gender equality for a safe school environment
27/11/2021
Students focused on Women, Peace and Security issues
30/03/2021
UN Women presents “Conflict, Gender and Peace” textbook
22/02/2021
In support of women entrepreneurs’ tech start-ups
END_OF_DOCUMENT_TOKEN_TO_BE_REPLACED