The monitoring and prevention of cases of femicide - gender-related killings of women - is one of the priorities of UN Women. 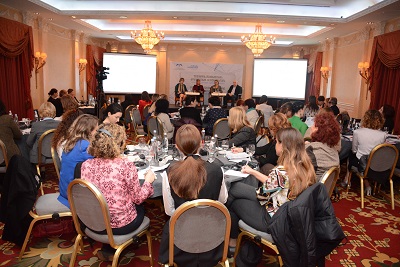 It was the topic of discussion at the international conference “Femicide Watch for Prevention”, which was held in Tbilisi by the Public Defender of Georgia with the support of UN Women. The conference was attended by representatives of the legislative and executive branches of the Government, as well as international and local organizations. The participants of the event discussed femicide and ways to prevent it, in addition to reviewing the cases that occurred in 2017.

In her opening speech, Ms. Nino Lomjaria, the Public Defender of Georgia, spoke about the increased rate of domestic violence and pointed out that of the 46 cases that occurred in 2017, 28 were cases of femicide, attempted murder or induced suicide as a result of domestic violence.

“The way the State deals with gender-based violence defines the basic values of society and its sense of justice. That is why our goal while fighting violence against women and domestic violence is to improve the situation by monitoring and raising public awareness,” Ms. Lomjaria remarked.

In further detail, according to the Chief Prosecutor's Office of Georgia, the murders of 26 women were reported in 2017, of which 14 were committed by family members. Some 15 cases of the attempted murder of women were reported, of which 12 were committed in the context of domestic violence. Also, of the five instances of induced suicides, two took place because of domestic violence.

At the conference, the Public Defender's Office presented the analysis and main findings related to the reality of femicide occurring in Georgia throughout 2017. According to the report, despite the progress achieved in the fight against violence against women and domestic violence, challenges still remain. The report further underlined the importance of femicide prevention and the challenges in qualification and usage of adequate definitions. The use of gender-insensitive language was also revealed at the investigation stage and during court proceedings.

It should be noted that the Public Defender of Georgia, with the support of UN Women, has been implementing a detailed analysis of the court decisions on femicide since 2016. The purpose of the analysis is to evaluate the true dimensions of the femicide problem, the protection or prevention measures applied and the shortcomings that have occurred resulting in the failure to protect women.