The Public Defender of Georgia (PDO) together with UN Women organized the international conference Femicide Watch - Monitoring Tools and Mechanisms in Tbilisi, Georgia to commemorate the International Day for the Elimination of Violence against Women, observed every 25 November. 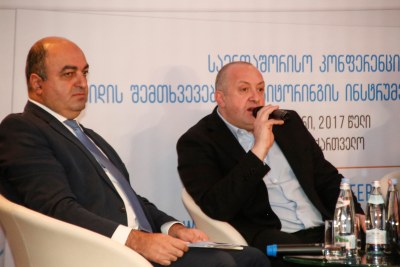 In 2015, Ms. Dubravka Šimonovic, United Nations Special Rapporteur on violence against women, its causes and consequences, called on UN Member States to establish a femicide watch to collect data on the number of femicides committed each year and release that information on the International Day for the Elimination of Violence against Women. In response to the call, the Public Defender of Georgia, Mr. Ucha Nanuashvili, declared his intension to establish a femicide watch in Georgia beginning 25 November 2016 and with technical support from UN Women.

At the conference, Ms. Šimonovic shared information on the importance of instituting a femicide watch for femicide prevention. In addition, representatives from COST Action "Femicide Across Europe”, the Autonomous Women’s Center from Serbia, and the Women’s Support Center in Armenia shared their experience on monitoring femicide cases. 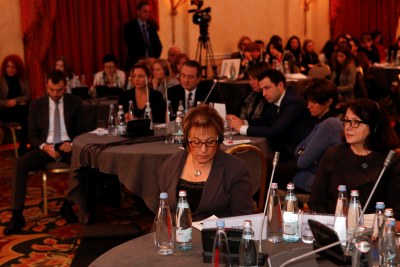 The conference was attended by Dubravka Šimonovic, United Nations Special Rapporteur on violence against women, its causes and consequences as well as representatives from COST Action "Femicide Across Europe", the Autonomous Women's Center from Serbia, and the Women's Support Center in Armenia shared their experience on monitoring femicide cases; Photo: UN Women/Maka Gogaladze

In his keynote address, President of Georgia Mr. Giorgi Margvelashvili stated: “Femicide is not a specific criminal case; femicide is a problem for our entire society. Adopting legislative amendments or carrying out new preventive policies by the State is of paramount importance.”

“Relevant measures aimed at the prevention of femicide shall be carried out; all incidents shall be efficiently addressed, legislation shall be further improved and, last but not least, the gender motive of these crimes shall be given due regard,” stressed Mr. Nanuashvili.

Mr. Niels Scott, UN Resident Coordinator in Georgia, underlined that the commitment of the Sustainable Development Goals cannot be fulfilled without ending violence against women, requiring the joint efforts of government and the public sector in general, civil society, development partners and media.

The Gender Equality Department of the PDO presented preliminary findings of the Femicide Watch report, which offered an analysis of all femicide cases that took place in 2016. The final report, reflecting the views and recommendations shared with the PDO at the conference, will be released by the end of 2017.