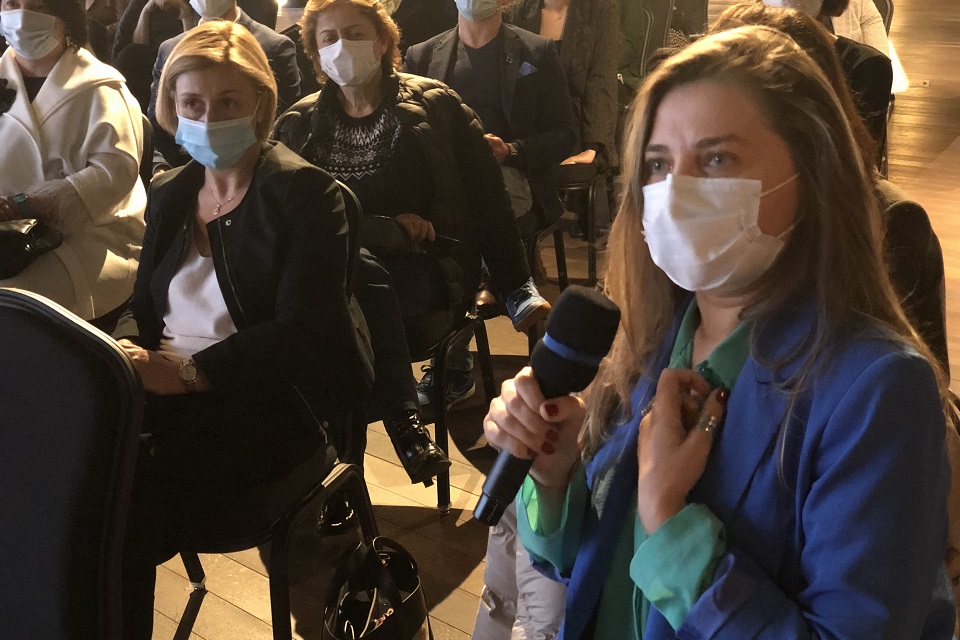 What role can an employer play in the fight against domestic violence, and what is the private sector’s relevant role? On 10 November, UN Women brought together the companies that have signed the United Nations Women’s Empowerment Principles (WEPs) in order to discuss this topic and to share their own experience.

In the first part of the meeting, participants were introduced to techniques on how to identify an employee who has a domestic violence problem, how to help and what type of support to provide. The second part of the event was dedicated to a panel discussion, during which the representatives of the TV channel Mtavari Arkhi, the hospitality company Adjara Group and the microfinance organization MBC introduced the initiatives taken against domestic violence to the attendees.

“Gender issues are a priority for us, and meetings [like this one] are very important,” said Teona Chemia, Head of Marketing and Public Relations at Mtavari Arkhi. “The opinions of the speakers at today’s event turned out to be interesting and inspiring. I think we will be able to work together, and certainly we will also introduce the topics discussed here to the viewers of our TV channel.”

At the meeting, the representatives of the private sector also discussed the 16-day global campaign against gender-based violence and the joint initiatives to be implemented within it. The event ended with the famous role-playing game “In Her Shoes”.

The meeting with the private sector was held within the framework of the project “Women’s Economic Empowerment in Georgia”, which is funded by the Government of Norway.