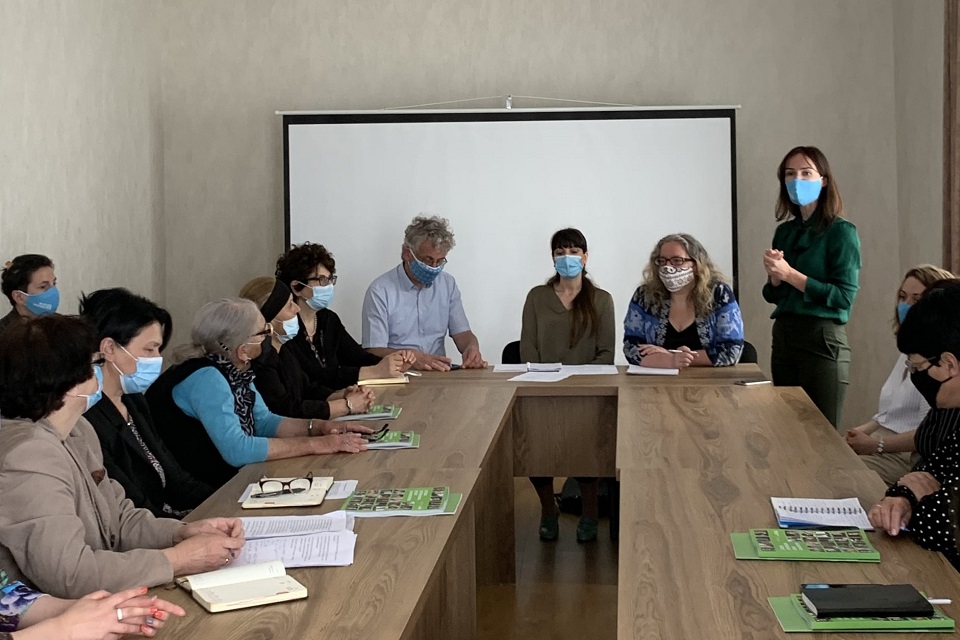 UN Resident Coordinator Sabine Machl, who visited Zugdidi Municipality from 19 to 21 May 2021, became familiar with the initiatives implemented by UN Women together with local partners in Samegrelo.

The participants discussed the UN Security Council resolutions on Women, Peace and Security, the localization of the 2018-2020 National Action Plan and the participation of IDP and conflict-affected women in the decision-making and peace and security processes.

Ms. Nona Bukia, representative of the Women’s Support Center of the Cultural-Humanitarian Fund “Sukhumi” in the village of Khurcha, spoke about the needs, as well as security of the people living in the villages along the Administrative Boundary Line. “We had online meetings with the community members,” Ms. Bukia explained. “As a result of these meetings, it became clear that more active cooperation is needed between the community leaders and the at-risk groups. It is necessary to create a database of the problems, which can then be shared with the relevant organizations for further response.”

The meeting was held in Anaklia at the family hotel of Ms. Maia Pipia, an entrepreneur supported by UN Women. Before that, Ms. Machl also visited the office of the community fund “NEFA”. NEFA was founded by the local women activists who have been voluntarily participating in a UN Women community mobilization initiative since 2010. Now, they are successfully leading a number of interesting projects supported by a variety of donor organizations. The community mobilization and entrepreneurship support initiative is implemented by UN Women with the assistance of the Government of Norway. 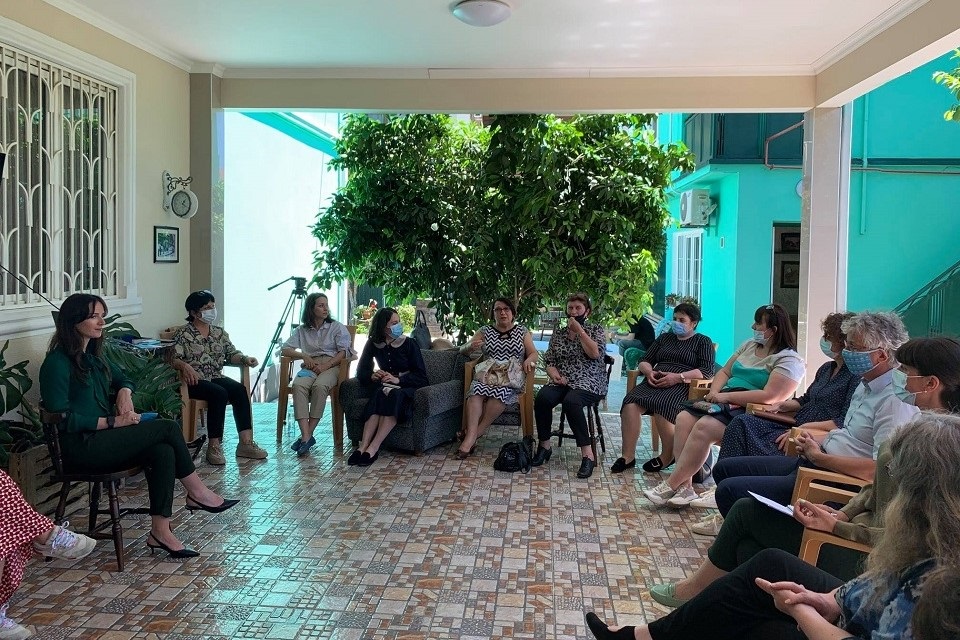 On the same day, Ms. Machl held a meeting with local women entrepreneurs and farmers. Participants provided information about the current economic situation in the region, the impact of the pandemic on small and medium-sized enterprises, the challenges they face and their needs. The attendees of the meeting who manage such enterprises developed their business with the support of the UN Women project “A Joint Action for Women’s Economic Empowerment in Georgia”, funded by the Norwegian Government.

The UN Resident Coordinator in Georgia also visited the crisis centre for the victims and survivors of domestic violence and violence against women in the village of Tsaishi, Samegrelo.

The crisis centre was launched in 2019 as a result of cooperation between the NGO “Sakhli” and the local municipality within the framework of the UN Joint Programme for Gender Equality, supported by the Government of Sweden. The crisis centre offers psychological, social and economic assistance, as well as provides rehabilitation, medical, legal and referral services to the victims and survivors of domestic violence and violence against women. 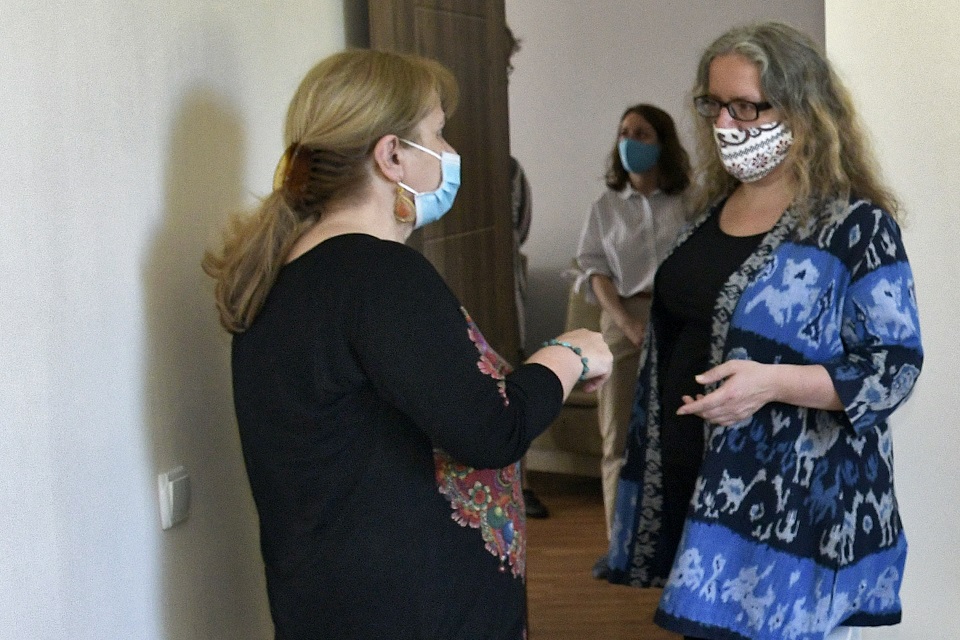 The Un Resident Coordinator in Georgia also visited the crisis centre for the victims and survivors of domestic violence and violence against women in the village of Tsaishi, Samegrelo. Photo: UN/Vladimir Valishvili

Ms. Machl also met with the head of Sakhli, Ms. Rusudan Pkhakadze, and the crisis centre’s beneficiaries, who gave her direct information about the assistance provided to them by the centre as well as the additional needs for the day-to-day functioning of the centre.

“Women’s participation in decision-making processes and the economic development of [Georgia’s] regions is extremely important,” Ms. Machl noted after the meeting. “The UN and UN Women in Georgia will continue its intensive work in this direction.”

It is noteworthy that UN Women, together with the UN Food and Agriculture Organization, recently launched another project in Samegrelo that aims to promote the economic empowerment of women farmers engaged in dairy sector. The project is implemented with the financial support of the Swiss Agency for Development and Cooperation.