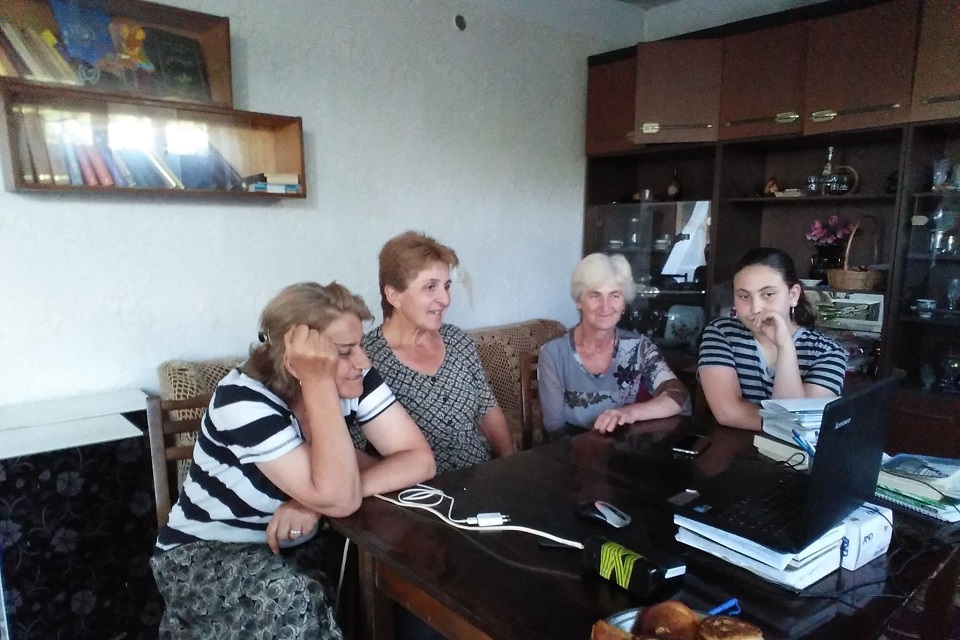 Women who survived the 2008 conflict and are now living along the administrative boundary lines in the Shida Kartli region have not undergone psychological rehabilitation. They had to live under constant stress even before the pandemic, and COVID-19 has opened up their old conflict-induced traumas.

This was the situation that created the grounds for an initiative of the Karaleti Women’s Solidarity Center that was implemented in 10 villages along the administrative boundary line in Gori Municipality, with EU funding and supported by UN Women and the Women’s Fund in Georgia.

The Karaleti Women’s Solidarity Center conducted three online trainings for the women living in target villages on the issues of stress management and efficient time management. In addition, the participants received psychological counselling and heard answers to interesting questions.

“We are in great need of psychological trainings,” reflected project participant Tsitsino Elikashvili from the village of Zardiaantkari after the meeting. “Since we live near the administrative boundary line, it feels as if we have gotten used to constant stress. Psychological conversations and counselling are very soothing. I, along with the [other] participating women, became more aware of how to cope with stress. We used to be frightened, which was exacerbated by the misinformation around us. We would be happy if such activities [as these trainings] took place more often.”

The psychologist also gave advice to the participants on communicating with children, their psychological state during online education, and the diversity of daily life in the environment of social isolation, which proved to be especially valuable for women. Lia Mikeladze, a resident of Koshka village, explained: “This quarantine and online education have stressed out and depressed the parents as well and put them under pressure, I think even more so than their children. The psychologist showed us that we should not perceive every issue as a problem, that we have to take them easy, and this cheered us up. We had an opportunity to consult with her after the trainings as well.”

“Urgent Action and Women’s Solidarity Program - COVID-19” was implemented by the Women’s Fund in Georgia with the support of UN Women, and the initiative of the Karaleti Women’s Solidarity Center was one of its components. A total of 13 small grants were awarded across the country under the programme. Initiatives were financed for raising awareness on violence against women and domestic violence, supporting women entrepreneurs, teaching digital technology and addressing other relevant issues.

The grants were financed by the European Union under the regional programme “EU 4 Gender Equality: Together against Gender Stereotypes and Gender-Based Violence”. The programme is implemented by UN Women and UNFPA in the Eastern Partnership countries.