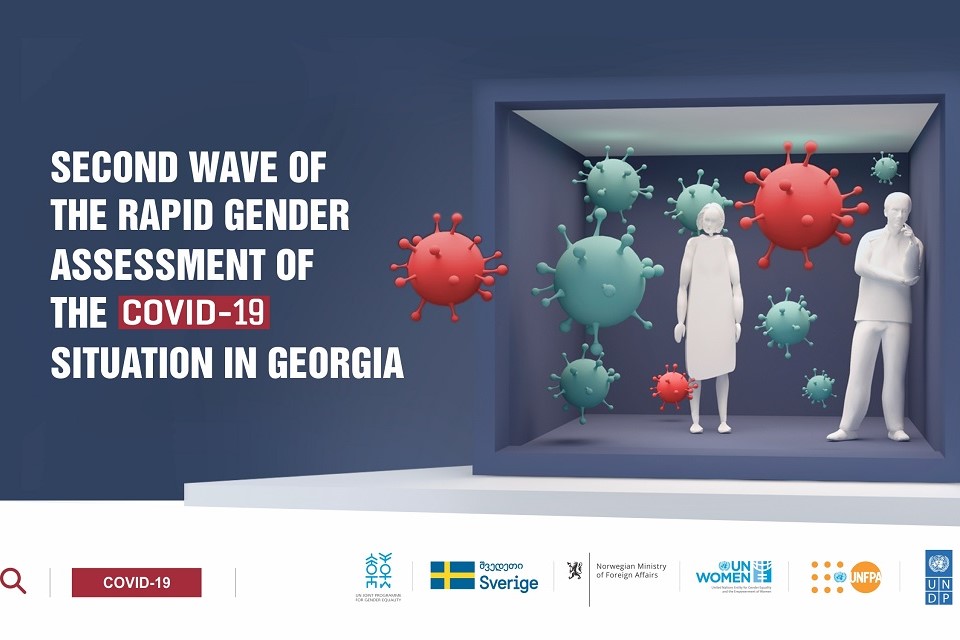 What is the impact of COVID-19 on men and women in Georgia? A comprehensive survey, “The Rapid Gender Assessment of the COVID-19 Situation in Georgia”, was presented by the United Nations on 9 March during Gender Week, dedicated to International Women’s Day.

The survey revealed that the pandemic has deepened gender inequalities even more in Georgia. For example, although both men and women now dedicate more time than usual to household chores and childcare, the main burden still falls on women. Two thirds of the surveyed women were fully responsible for domestic activities. Such a disproportionate distribution has critically increased the workload for most women with children, especially after transitioning to remote learning.

Among the surveyed respondents, 23 per cent of women and 17 per cent of men reported that they have felt or heard about the increased rates of domestic violence during the pandemic. At the same time, 40 per cent of women said they are aware of psychological services, but only one in three women had heard about shelters and crisis centres. In the case of men, awareness is even lower. Representatives of ethnic minorities and people without higher education also have little knowledge about these services.

The survey aimed at understanding the continuing consequences and effects of the pandemic, as well as envisaging gender equality in all of the response measures. The survey was carried out in October 2020 at the initiative of UNDP, UNFPA and UN Women and with the generous support of the Governments of Norway and Sweden. The results provided in the document have been compared with the findings of a similar study conducted by UN Women in May 2020.

“As Georgia is seeking to recover from the crisis and build a more sustainable and equal society, it is important to look into every aspect of this global and national emergency and assess how it affected equality, inclusive growth and social justice,” said Sabine Machl, UN Resident Coordinator in Georgia, during the survey presentation.