In the words of Khatia Ghoghoberidze: “I want women’s voices to be heard” 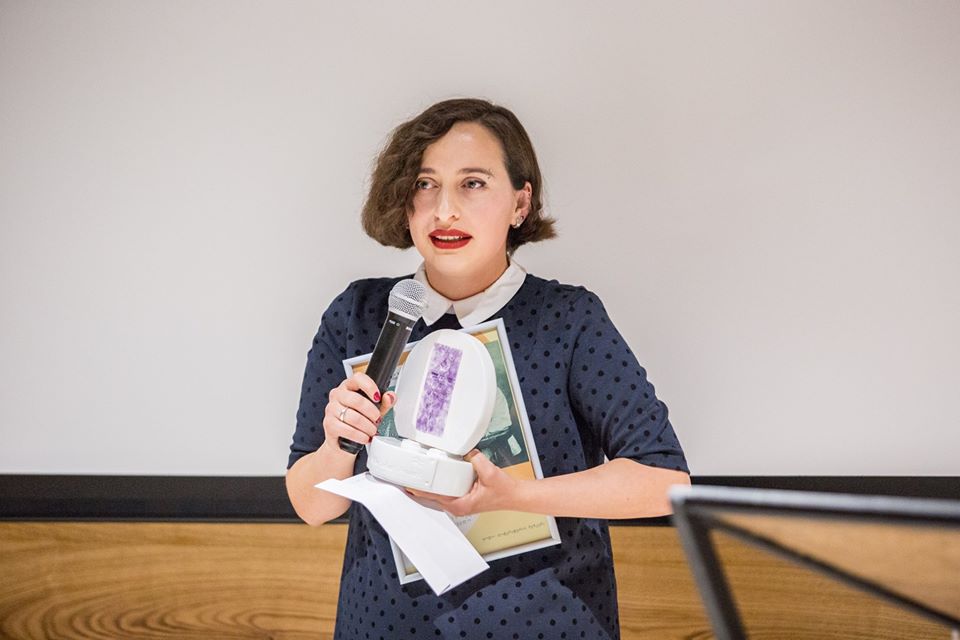 Khatia Ghoghoberidze is a journalist contributing to the Georgian online media platform Tabula. Her articles often deal with the challenges women face in everyday life, including gender-based discrimination, sexual harassment and violence. Other than being relevant, Khatia’s materials adhere to high standards and ethical norms of reporting. It was thanks to her consistent, high-quality reporting on women’s rights issues that Khatia received the prestigious Kato Mikeladze Award for 2019. The award is granted annually to women human rights defenders by the Women’s Fund in Georgia. UN Women has been a proud partner of the initiative since its establishment in 2013.

Khatia has been actively collaborating with UN Women and has participated in trainings for journalists on gender-sensitive reporting organized by UN Women in recent years.

One of my first major articles on women’s rights was about surgical contraception – a medical procedure that both men and women can undergo. Because the procedure is permitted under Georgian law, it is therefore a right that can be equally claimed by both men and women. While working on the article, I discovered that most clinics do not perform this procedure on women without their husband’s consent.

I met with women for whom pregnancy or delivery could be life-threatening, but despite the high risk, their husbands insisted that their wives should give birth to more children. Instead of respecting patients’ decisions and observing the law, maternity clinics did not perform this procedure on women without their husband’s approval. This is when I realized how deprived of her rights a woman can be, even in a country that safeguards her rights by law.

It is not easy to write about women’s rights. Although I consider myself an ethical journalist, I always worry about not causing harm to my informants with my articles, as well as being sensitive and respectful during their interview, especially if they trust me and open up about their problems. I try to imagine myself in their shoes, and that helps me the most. Some people prefer to be emotionally unengaged, but I prefer to feel the things that women worry about, to be a better advocate for them. There is another important factor I always care about - trust. They trust me, a stranger, and share their very personal stories with me. I feel compelled to make sure that their stories are truthfully told and that their voices are heard.

I believe that my role as a journalist is to help a person improve his or her life. The media is very powerful, and therefore it is important to use their power responsibly. This means addressing the real problem and not creating scandalous news. For example, when a reporter says during a live programme on TV that a woman was allegedly murdered by her husband because of texting another man and presents it as the sole reason for the crime, he or she is not contributing to an understanding of the real problem. Quite the contrary: the reporter is reinforcing harmful stereotypes and perceptions about women’s “improper” behaviours. In our closed society with many stereotypes, the media should aim at understanding and addressing the problems women face because they are women, showing the significance of these challenges by talking to the right people and covering women’s stories adequately.

It was a great honour to be nominated for and awarded the Kato Mikeladze Award for women’s rights defenders. This recognition empowers me, gives me strength in hard times and reminds me that people value what I do. And what I do is trying to help people change their lives for the better."

Related News
17/11/2021
Cooperation launched between UN Women and the Georgian Charter of Journalistic Ethics
24/10/2021
Women with disabilities in the focus of regional media
10/10/2020
Violence against women in politics becomes a pressing matter for journalists in Georgia
12/06/2022
UN Women supports ethical media coverage on the Women, Peace and Security Agenda
01/06/2022
Regional media focus on its gender-sensitive coverage
END_OF_DOCUMENT_TOKEN_TO_BE_REPLACED