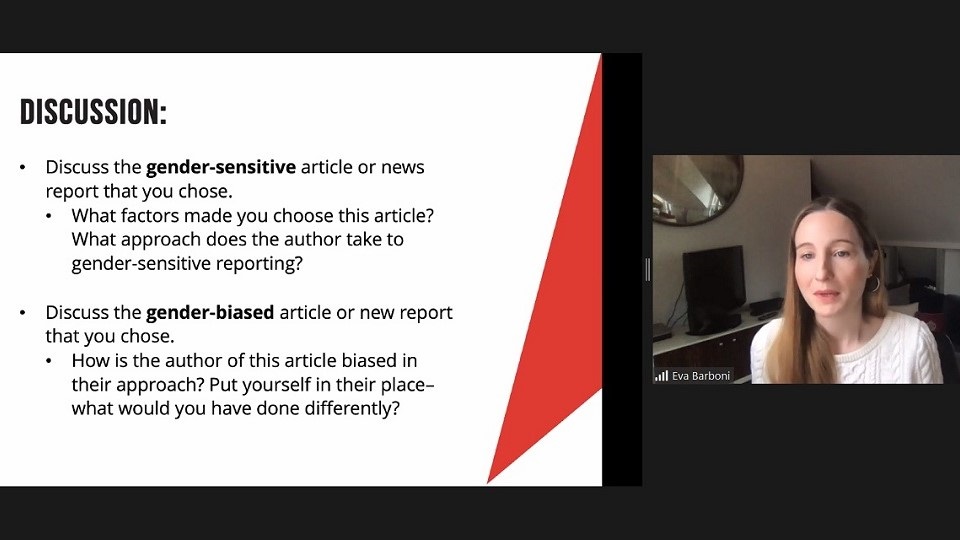 The role of the media in advocating the empowerment of women and gender equality should not be underestimated. It is also important for journalists to not only show interest towards these topics but also report on them in a gender-sensitive and ethical manner. This is exactly why UN Women Georgia closely cooperates with media representatives and conducts training and work meetings with journalists on a variety of urgent matters. One such training course was held earlier this month (1-2 and 9-10 October 2020), dedicated to the topic of violence against women in politics.

For Georgia, 2020 is a particularly important political year. On 31 October, the country will hold parliamentary elections. In addition, violence against women globally - including in Georgia - is one of the major obstacles hindering the comprehensive and equal participation of women in politics. Thus, increasing awareness on the matter is even more relevant and urgent. This is exactly what Irakli Tskhadadze, Radio Hereti journalist, underlined during the training: “Elections are approaching, and at this time, ethical reporting on women candidates and their election campaigns is especially important. In addition, blackmail and intimidation of women politicians in the Georgian political reality is not that rare.”

Eva Barboni, founder and CEO of Atalanta, conducted the training. She spoke to Georgian journalists on the types of violence against women in politics, the need for fair and gender-sensitive reporting on the matter, various aspects to consider, disinformation and other important questions. About 30 journalists participated in the training.

The training was conducted with the financial support of the Government of Sweden under the UN Joint Programme for Gender Equality.