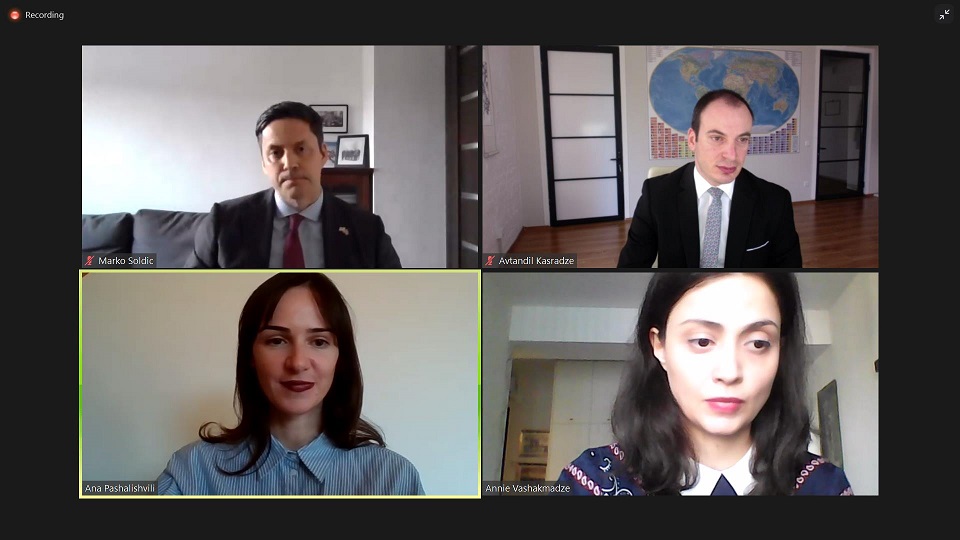 In the framework of the Gender Week, Georgia's Innovation and Technology Agency has presented the gender action plan. Photo: UN Women

Integrating the principles of gender equality into the sphere of technology and innovation is of particular importance. In Georgia too, this high-paying and fast-growing sector is male-dominated, and the low involvement of women hinders not only this sphere itself but also the overall progress of the economy in general.

Increasing the participation of women and girls in technology was one of the main goals set by Georgia’s Innovation and Technology Agency. To this end, they became interested in introducing the principles of gender equality into their work process. For the past two years, the Agency has been a partner of UN Women and has been working on making these principles an essential part of its corporate culture.

The Agency’s Gender Equality Action Plan, presented as part of Gender Week on 11 March 2021, was also developed in cooperation with UN Women. But prior to the document’s preparation, the Agency conducted a participatory gender audit, the results of which served as the basis for the final Action Plan.

“The integration of gender-sensitive approaches into science and technology has to be particularly encouraged,” remarked Agency Chairman Avtandil Kasradze, “because today, the development of innovation and technology constitutes the axis by which we can achieve real equality, not only in Georgia but all over the world. I think that the Agency has already achieved tangible results in this area, and we are ready for future cooperation.”

The Action Plan of the Agency has various strategic goals, among them: creating an institutional mechanism for gender equality and ensuring its effective functioning; creating an environment which is free from gender based discrimination within the Agency system; introducing and encouraging gender equality in services and programmes; fulfilling the obligations in this sphere; launching sexual harassment mechanism within the Agency; responding to and taking preventive measures adequately; and ensuring gender budgeting. The Agency has also undertaken the responsibility to raise awareness about gender equality.

Cooperation with Georgia’s Innovation and Technology Agency is part of the project “A Joint Action for Women’s Economic Empowerment in Georgia”, and its implementation was funded by the Government of Norway.