In the words of Lili Pulariani: “Doors have been closed to women too often” 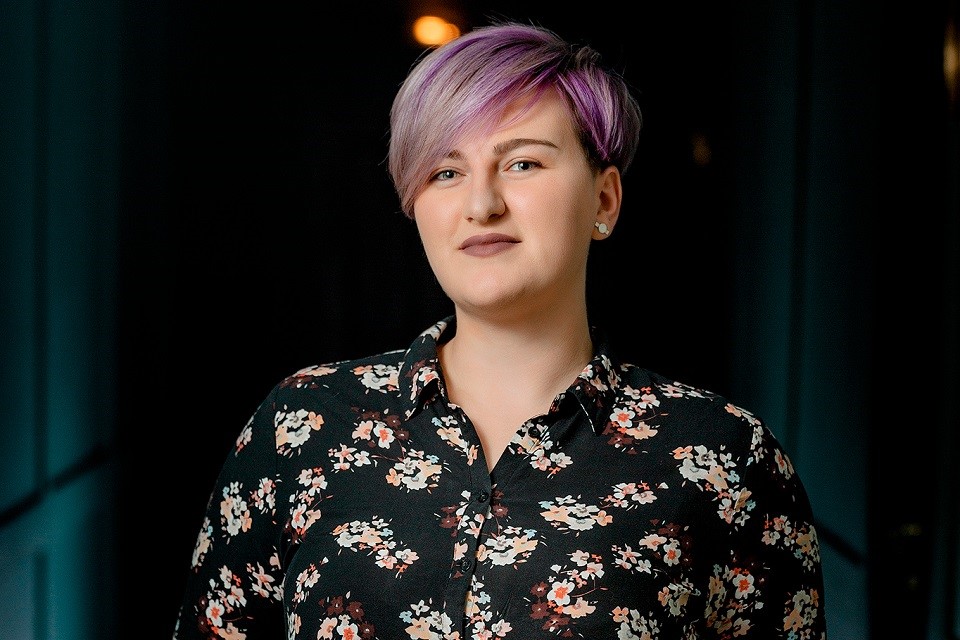 Lili Pulariani, specialist and lecturer on digital communications, joined a UN Women training initiative as a mentor in 2019. She retrained instructors who then taught social media marketing and web programming to women entrepreneurs. Lili was also actively engaged in the lectures given to the participants. The initiative, within the framework of the project “A Joint Action for Women’s Economic Empowerment in Georgia”, was implemented with the financial support of the Norwegian Government. After the initiative ended, Lili continued her teaching work and, along with the participants, founded the organization Women Spreading Digital Awareness. Now its members volunteer to give public lectures and trainings to help others acquire ICT skills.

I have been teaching digital communications and technology for three years now, and during this period, I have noticed a big difference between women and men that I had overlooked before. Whenever women passed an examination or submitted an assignment, they always underestimated their score and said that it was either bad or average, even when they deserved the highest scores. The case was different with men - they were always more self-confident and overestimated their results, even when their work was not as commendable.

That was why I developed a stronger motivation to give women further education. I wanted them to realize that they could master digital technologies, as well as technology in general, very easily. Besides, the gender division does great harm to these fields too. Imagine how much the engineering sector has lost just from the fact that women are deprived of encouragement from their families, schools and universities, all of which constantly emphasize that women’s brains and skills lack the ability to master this field.

This kind of stereotype was familiar to me as well, so when I first met the UN Women initiative’s female participants, the first thing I spoke about was the difficulties and obstacles that they experienced as individuals and the struggle they endured with the people around them. I told them my personal story, a story about one determined woman who used to live in a village similar to their own, who did not see her first computer until she was 15 years old and who was viewed as just “some girl from a village”. Whenever she was denied access to her desired faculty, job or part-time work, though, she would tell herself, “Never mind, I will try again”, which she really did, finally finding success by her fifth attempt.

At the end, I asked the participants, “Are there any determined women in this auditorium?” As I heard the loud applause, I instantly understood that I had entered the room as a solitary, strongly determined woman but was leaving it as one of the 125. The bond between those women has changed a lot for the better for me and for them, as well as for a great number of other people, and much will continue to improve in future. Most of them have discovered new talents and opportunities, along with the technological skills. In order to help others make such discoveries, we founded an organization called Women Spreading Digital Awareness, through which we give public lectures and trainings as volunteers. Anyone, irrespective of profession, age or gender, is welcome, and we teach everyone willing to learn how to use digital technologies in order to improve their knowledge, career and income.

We are often asked, “Are men allowed to attend your lectures?”, to which our answer is: “Doors have been closed to women too often for us to behave the same way.”

Related News
04/01/2022
500 Women in Technology - UN Women initiative to support girls in IT
10/05/2021
Innovations for the empowerment of women entrepreneurs
22/02/2021
In support of women entrepreneurs’ tech start-ups
08/11/2019
“The future belongs to technology”, says participant of UN Women study visit to Portugal
01/08/2019
In the words of Mariam Lomtadze: “By presenting gender data in innovative ways, we can inform society about gender inequality”
END_OF_DOCUMENT_TOKEN_TO_BE_REPLACED