16 ways you can stand against rape culture 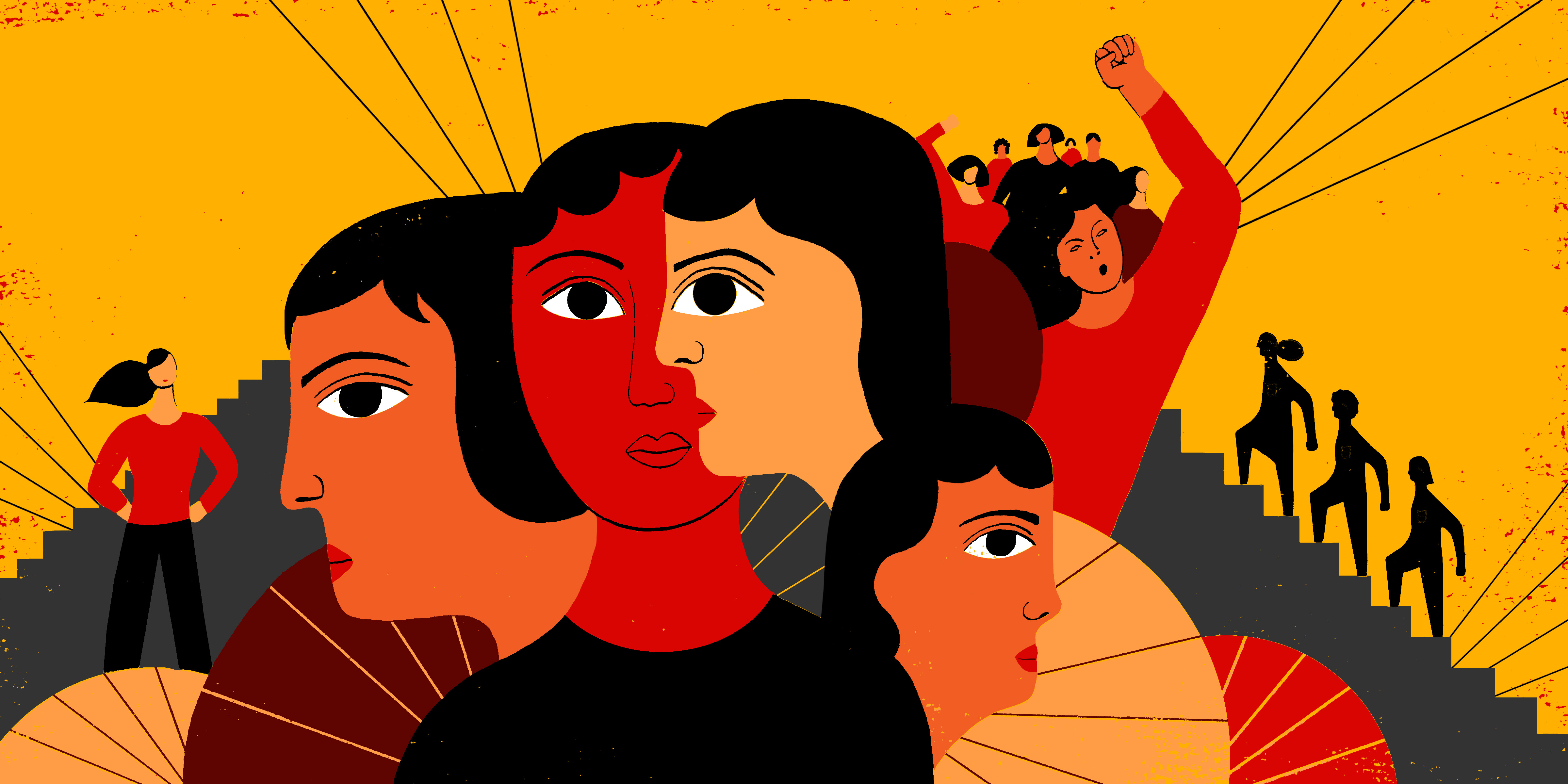 “Boys will be boys.”

Rape culture is pervasive. It’s embedded in the way we think, speak, and move in the world. While the contexts may differ, rape culture is always rooted in patriarchal beliefs, power, and control.

Rape culture is the social environment that allows sexual violence to be normalized and justified, fueled by the persistent gender inequalities and attitudes about gender and sexuality. Naming it is the first step to dismantling rape culture.

Every day we have the opportunity to examine our behaviours and beliefs for biases that permit rape culture to continue. From the attitudes we have about gender identities to the policies we support in our communities, we can all take action to stand against rape culture.

Here are 16 ways you can do your part:

1. Create a culture of enthusiastic consent.

Freely given consent is mandatory, every time. Rather than listening for a “no,” make sure there is an active, “yes,” from all involved. Adopt enthusiastic consent in your life and talk about it.

2. Speak out against the root causes.

Rape culture is allowed to continue when we buy into ideas of masculinity that see violence and dominance as “strong” and “male”, and when women and girls are less valued.

It is also underpinned by victim-blaming—an attitude that suggests a victim rather than the perpetrator bears responsibility for an assault.

When discussing cases of sexual violence, a victim’s sobriety, clothes, and sexuality are irrelevant. Instead, counter the idea that men and boys must obtain power through violence and question the notion of sex as an entitlement. 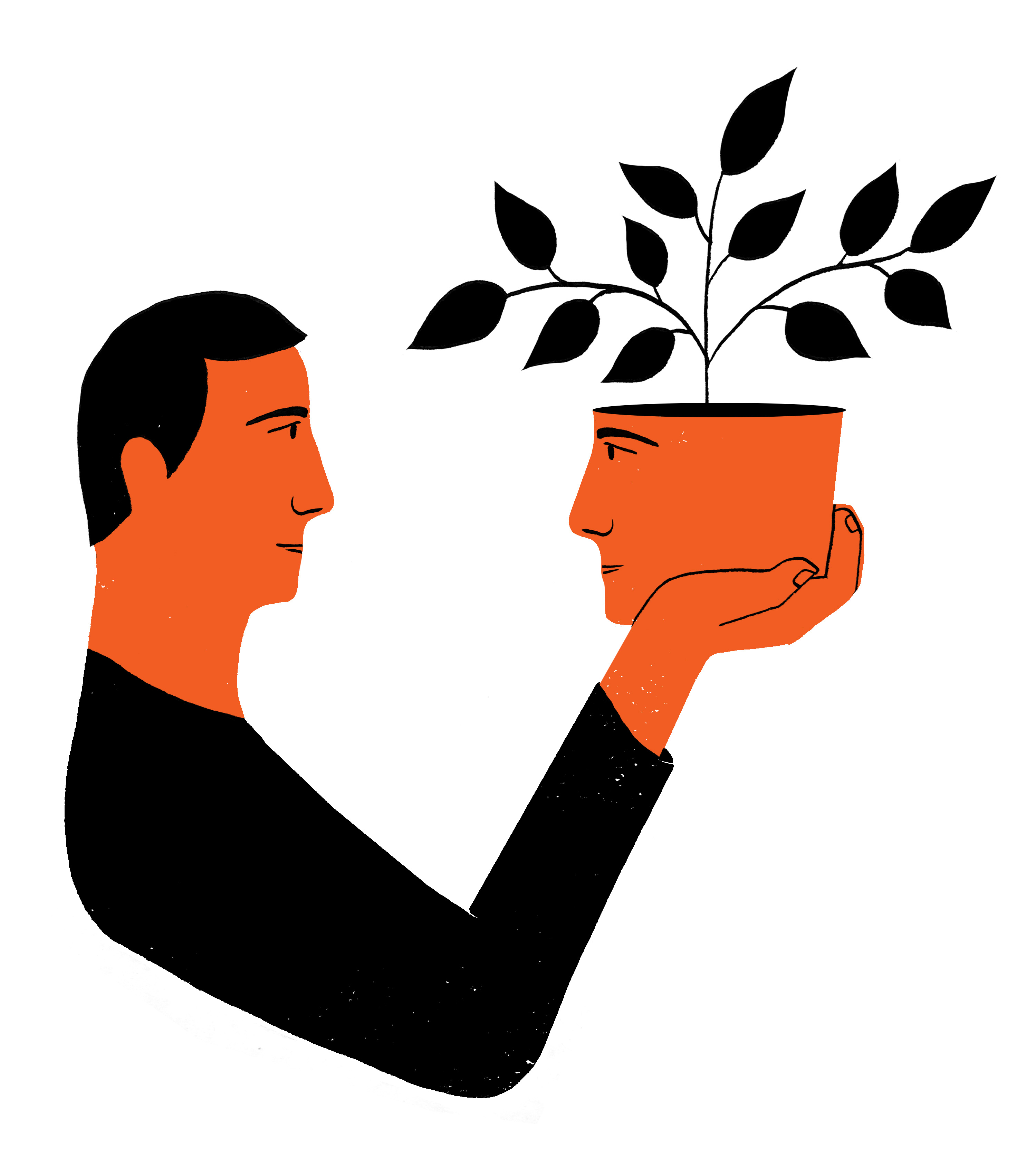 Take a critical look at what masculinity means to you and how you embody it. Self-reflection, community conversations, and artistic expression are just some of the tools available for men and boys (as well as women and girls) to examine and redefine masculinities with feminist principles.

Because language is deeply embedded in culture, we may forget that the words and phrases we use each day shape our reality.

Rape-affirming beliefs are embedded in our language: “She was dressed like a slut. She was asking for it,”

It is part of popular song lyrics: “I know you want it.”

It is normalized by objectifying women and calling them names in pop culture and media.

You have the power to choose to leave behind language and lyrics that blame victims, objectify women and excuse sexual harassment. What a woman is wearing, what and how much she had to drink, and where she was at a certain time, is not an invitation to rape her.

Establish policies of zero tolerance for sexual harassment and violence in the spaces in which you live, work, and play. Leaders must be particularly clear that they are committed to upholding a zero-tolerance policy and that it must be practised every day.

As a starting point, take a look at what you can do to make harassment at work history.

6. Broaden your understanding of rape culture.

Across time and contexts, rape culture takes many forms. It’s important to recognize that rape culture goes beyond the narrow notion of a man assaulting a woman as she walks alone at night.

For instance, rape culture encompasses a wide array of harmful practices that rob women and girls of their autonomy and rights, such as child marriage and female genital mutilation.

Know the factors that underpin rape culture and the myths that surround it.

While no one may disagree that rape is wrong, through words, actions and inaction, sexual violence and sexual harassment is normalized and trivialized, leading us down a slippery slope of rape culture. 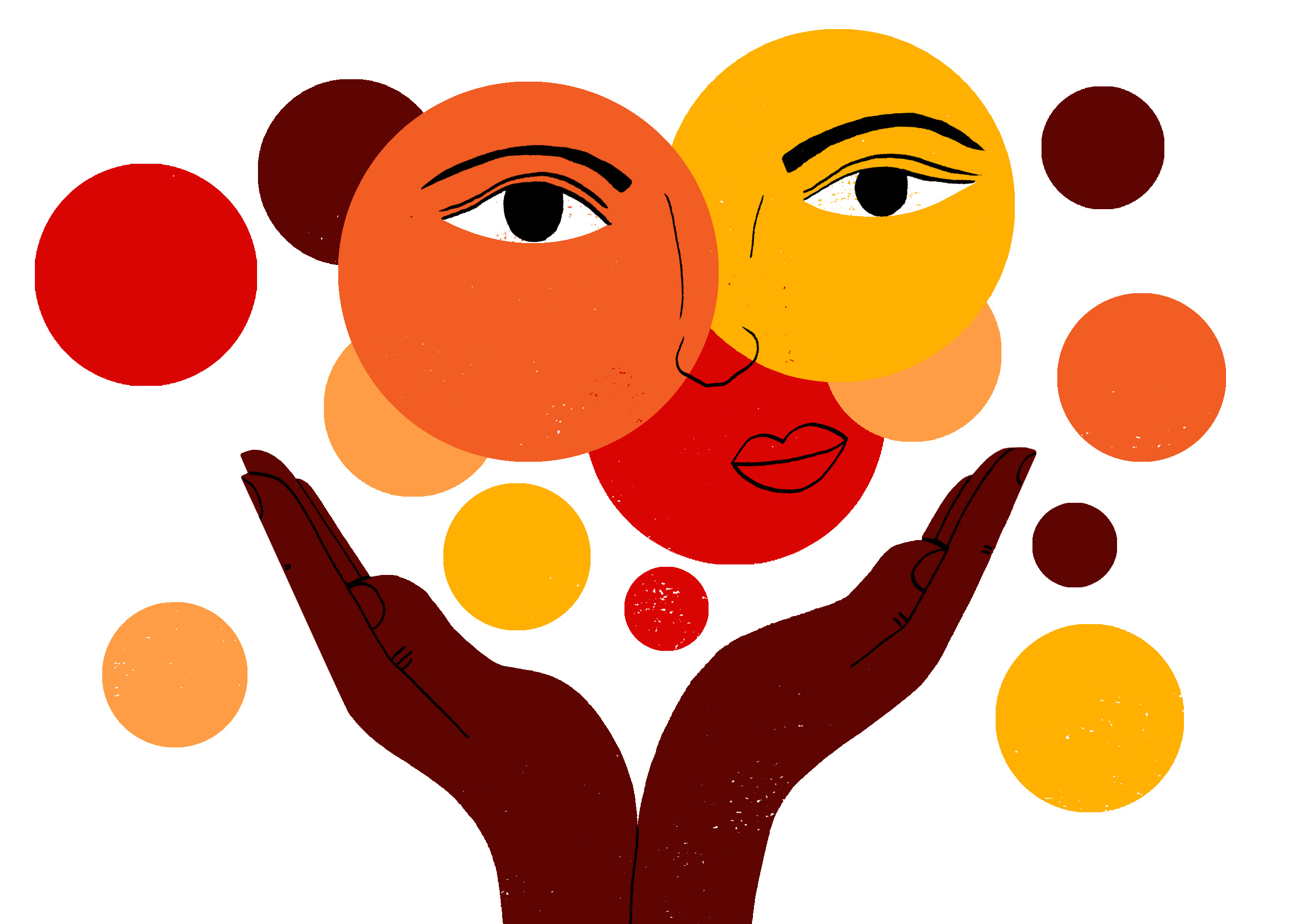 Rape culture affects us all, regardless of gender identity, sexuality, economic status, race, religion or age. Rooting it out means leaving behind restrictive definitions of gender and sexuality that limit a person’s right to define and express themselves.

Certain characteristics such as sexual orientation, disability status or ethnicity, and some contextual factors, increase women’s vulnerability to violence. LGBTQI individuals may be subject to “corrective rape” in which the perpetrator intends to force the victim to conform with sexual and gender stereotypes. During humanitarian crisis, prevalent discrimination against women and girls often exacerbates sexual violence.

Gulzada Serzhan, is an active member of Feminita, a Kazakhstan feminist initiative that protects and defends the rights of LGBTQI community members. While working as an IT project manager, a male co-worker began to sexually harass her on business trips. When she told him she was a lesbian, his harassment became stronger.

“He believed he could ‘correct’ me,” Serzhan says. “He said that I needed a strong man...In Kazakhstan, the society accepts and values men who are savage and brutal. It’s considered natural when men make sexual advances towards women.”

“If you are invisible in everyday life, your needs will not be thought of, let alone addressed, in a crisis situation,” explains Matcha Phorn-in, who works to address the unique needs of LGBTIA individuals in crises.

8. Know the history of rape culture.

Rape has been used as a weapon of war and oppression throughout history. It has been used to degrade women and their communities and for ethnic cleansing and genocide.

There are no quick reads for this. You can start by learning about the use of sexual violence during past and recent conflicts, such as in the Democratic Republic of Congo, the Guatemalan civil war, or the Kosovo conflict.

Donate to organizations that empower women, amplify their voices, support survivors, and promote acceptance of all gender identities and sexualities. 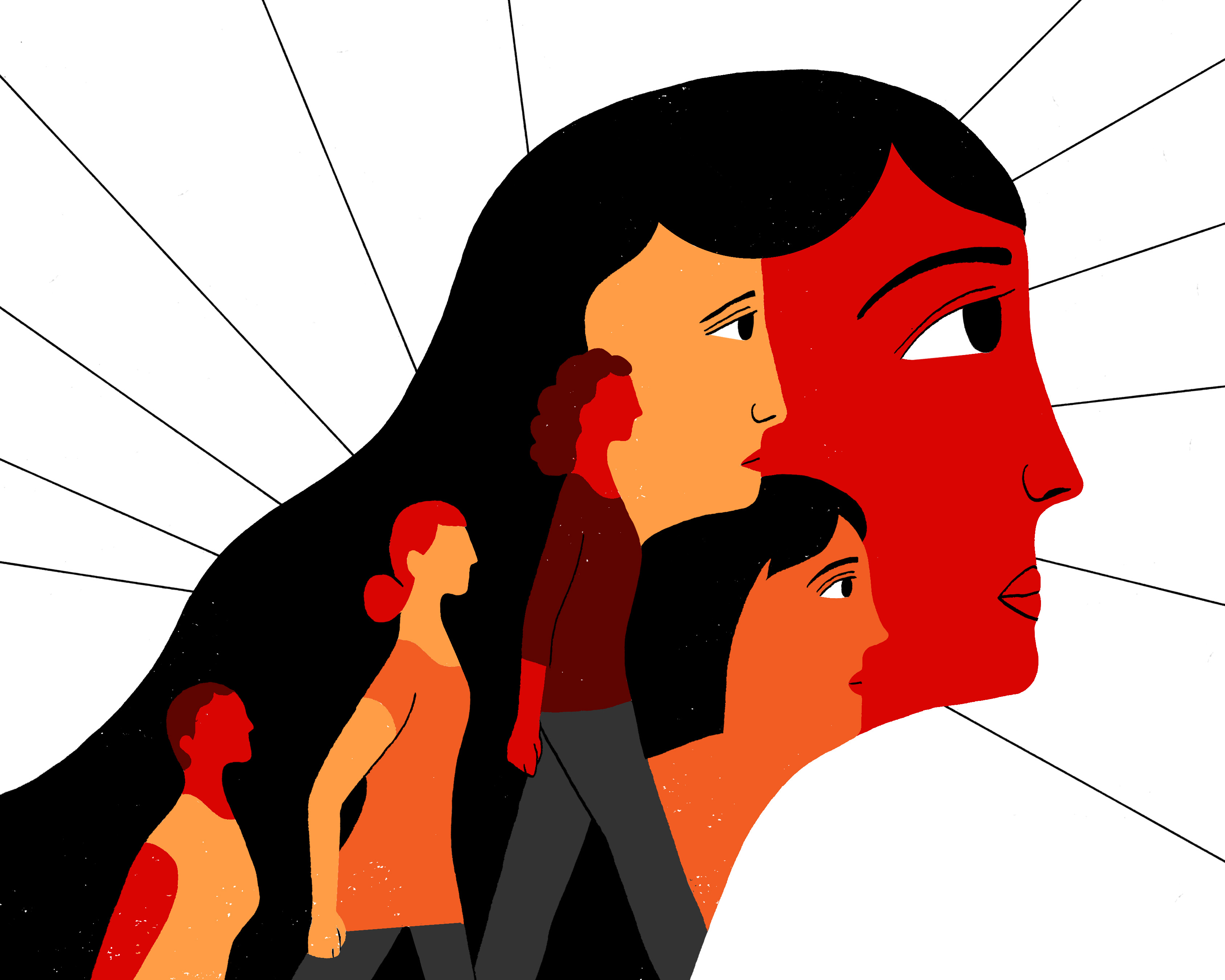 In the era of #MeToo, #TimesUp, #NiUnaMenos, #BalanceTonPorc, and other online movements, survivors of violence are speaking out more than ever before.

Listen to their experiences, read stories of survivors and activists around the globe, and follow #OrangeTheWorld and #GenerationEquality on social media.

Rape is never a funny punchline. Rape jokes delegitimize sexual violence, making it harder for victims to speak up when their consent is violated.

Humour that normalizes and justifies sexual violence is not acceptable. Call it out.

Rape culture is held up by the absence or lack of enforcement of laws addressing violence against women and discriminatory laws on property ownership, marriage, divorce and child custody.

Check out the global database on violence against women to see what your country is doing to protect women and girls. Engage with your representatives to ensure implementation of laws that promote gender equality.

To end rape culture, perpetrators must be held accountable. By prosecuting sexual violence cases, we recognize these acts as crimes and send a strong message of zero-tolerance.

Wherever you see pushback against legal consequences for perpetrators, fight for justice and accountability.

14. Be an active bystander.

One in three women worldwide experience abuse. Violence against women is shockingly common, and we may become witness to non-consensual or violent behaviour. Intervening as an active bystander signals to the perpetrator that their behaviour is unacceptable and may help someone stay safe.

First, assess the situation to determine what kind of help, if any, might be appropriate. You may be able to support the target of sexual harassment by asking how they are or if they would like help, or by documenting the incident, creating distractions to diffuse the situation, or making a short and clear statement directly to the perpetrator such as, “‘I’m uncomfortable with what you are doing.”

Read up on how you can be an active bystander, and take a bystander intervention training hosted by your university, municipality, or local NGO.

15. Educate the next generation.

It’s in our hands to inspire the future feminists of the world. Challenge the gender stereotypes and violent ideals that children encounter in the media, on the streets, and at school. Let your children know that your family is a safe space for them to express themselves as they are. Affirm their choices and teach the importance of consent at a young age.

Looking for inspirational content? Here are 12 feminist books that everyone should read.

Talk to family and friends about how you can work together to end rape culture in your communities.

Whether it’s hosting a conversation club that unpacks the meaning of masculinity, fundraising for a women’s rights organization, or joining forces to protest rape-affirming decisions and policies, it will take all of us to stand united against rape culture.

You can join the conversation online right now by following #Orangetheworld and #GenerationEquality.