More Shelters for Victims of Domestic Violence in Georgia

Access to services, such as shelters, for victims/survivors of domestic violence is an important part of the comprehensive strategy designed to address the problem of domestic violence. Since 2011, three state shelters have been operating in Georgia. A fourth was opened on 5th April in the Kakheti Region, in the East of Georgia. 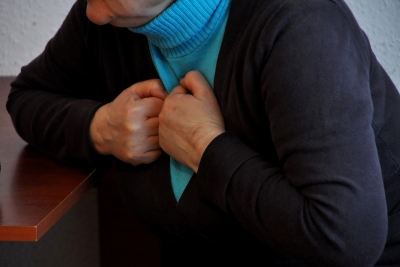 Shelter for victims/survivors of domestic violence; Photo: Mzia Saganelidze/Radio Liberty
The new shelter can accommodate 12 clients, including those with special needs (disabilities). It is the first service of this type and size in the Kakheti region. The facility will offer various services: psycho-social rehabilitation, legal aid and emergency medical services;as well as support to re-integratesurvivors of domestic violence. The service is run by the State Fund for Protectingand Assisting (Statutory) Victims of Human Trafficking.

Representatives of the Ministry of Internal Affairs, Ministry of Health, the Swedish Embassy and US Embassy, UN Women and women’s NGOs attended the opening ceremony for the shelter. At the ceremony, ArchilTalakvadze, Deputy Minister of Internal Affairs, explained, “Since the fight against domestic violence has become our priority, the police response has improved significantly. The prosecution rate for perpetrators hasincreased from 40% to 90%, and the number of restraining orders has increased almost ten foldsince 2014”.

In addition to Kakheti, there are shelters for victims/survivors of domestic violence in Tbilisi, Gori (ShidaKartli Region) and Kutaisi (Imereti, West Georgia). All four shelters were opened and able to provide services, as a result of technical assistance provided by UN Women,with the financial support of the Swedish Government, within the framework of the UN Joint Programme for Gender Equality. Currently, all four shelters are funded from the state budget.

As a result of raising public awareness about the phenomenon of domestic violence and changing attitudes, the number of shelter beneficiaries is increasing. By 2015, there were 155 women and children using shelters throughout the country (compared with 100 in 2013 and 114 in 2014). Beneficiaries aged 24-34 are the primary users of the service (accounting for 75% of all users).

Shelters for the victims/survivors of domestic violence provide a safe and well equipped space, including for children, as well as professional services. One beneficiary told Radio Liberty what the shelter meant to her: “There is so much comfort for me here, so much... I used to fetch water from the well, I did not have any basic living conditions, I had to do everything myself, and then there was beating and unhappiness. But here, everybody is so polite... We feel human here, but I am also thinking about what will happen after I leave, where to live. This is most dangerous for us... However, when I think more, I feel that I can live somewhere under a staircase with my children and not go back. No, never again.”

The Public Defender of Georgia noted in his Special Report on Violence Against Women and Girls in Georgia (2015), that the majority of beneficiaries receive information about the shelter from the nation-wide domestic violence hotline (116006), established as a result of technical assistance provided by UN Women with financial support from the Swedish Government. The Ombudsman stressed that the, “establishment of state shelters for victims of domestic violence is an advanced step, which will significantly improve and support mechanisms for protecting people from domestic violence. It makes it possible to provide better protection to survivors of violence and offers an alternative to escape from a violent environment.”

However, much still needs to be done with regards to increasing levels of coverage and the variety of services available. For example, shelter beneficiaries need psychosocial rehabilitation and preparation for their new lives, along with support for economic independence; each of these issues needs to be addressed in a more vigorous and comprehensive manner. In 2014, the Government of Georgia signed the Council of Europe Convention on Combating and Preventing Violence against Women and Domestic Violence (Istanbul Convention) and it is planning to ratify this in the near future. Access to quality services for victims / survivors of violence is an important part of this legally binding commitment.