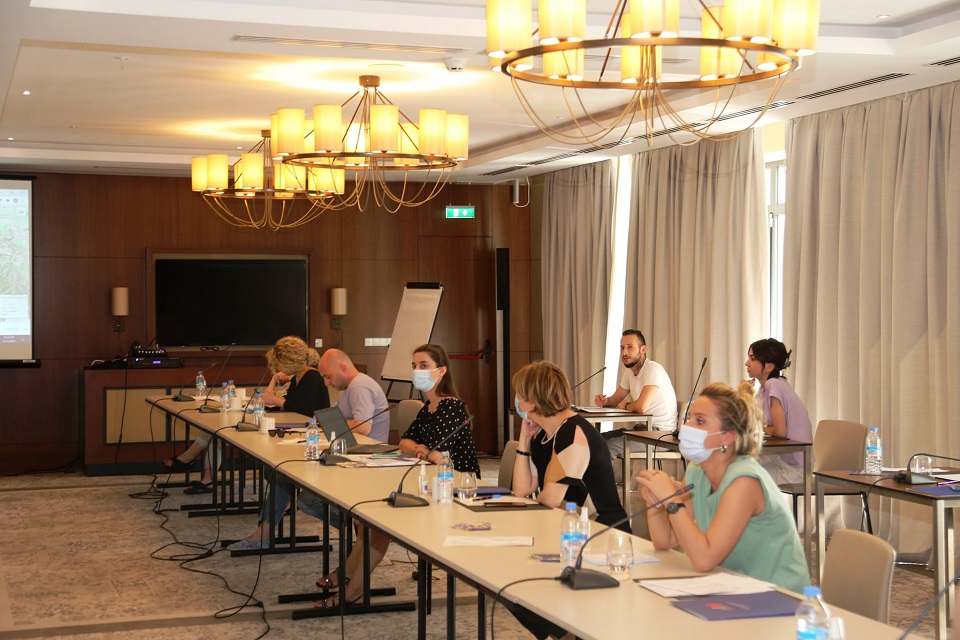 Expanding access to gender statistics and its extensive use for raising public awareness and policy planning is a top priority for UN Women. With this purpose, UN Women in cooperation with the National Statistics Office of Georgia (Geostat) implements various initiatives. One such initiative was a two-day seminar for Georgian media representatives held in Borjomi on 17 and 18 July 2021.

The seminar was attended by 20 journalists. Participants reviewed the gender statistics and indicators produced and disseminated by Geostat. They also discussed how to use such tools in practice. At the same time, Geostat representatives listened to the journalists’ feedback, which can be used to improve accessability of gender statistics in the future.

“I received important and useful information on gender statistics,” said attendee Magda Mamatsashvili, a journalist for Euronews Georgia. “It was a very interesting training. Among other topics, we talked about the reasons why women in Georgia receive half as much salary as men for many years. It is important for journalists to know about the main factors that obstruct the economic empowerment of women.”

It is noteworthy that the journalists also became acquainted with the Gender Data Portal, launched by Geostat in 2018 with the support of UN Women. Portal users can easily find statistics disaggregated by sex on health, education, population dynamics, employment and unemployment, income and expenditure, information and communications technology, social security and households, agriculture and more. In addition, the web page contains statistical publications on gender, infographics, relevant legislation and other useful links. The Gender Data Portal enables stakeholders, including journalists, to find reliable gender statistics quickly and easily and analyse them by age, region and other variables without knowledge of specific statistical programmes.

According to Mr. Gogita Todradze, Executive Director of Geostat, such informational meetings with journalists are very important. This training will help not only to better inform media representatives about ongoing and planned activities of the agency but also to raise awareness and knowledge on gender statistics, which is necessary for correct interpretation of the data.

Geostat and UN Women will continue to conduct workshops for different audiences and promote gender statistics. This cooperation is part of the UN Women project “Good Governance for Gender Equality in Georgia” (GG4GEG), funded by the Government of Norway.