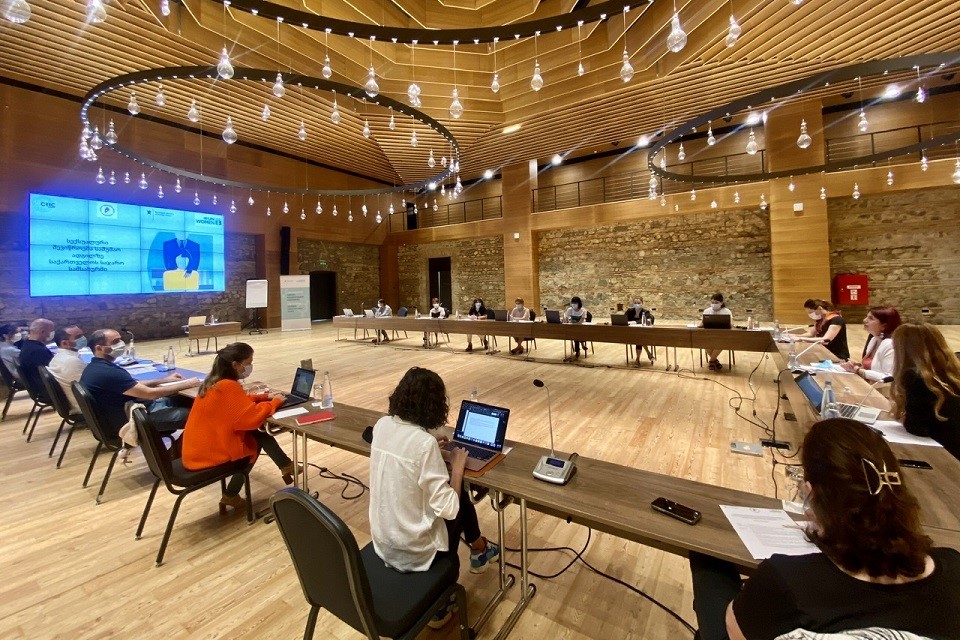 Representatives of CSB are discussing the future priorities of gender mainstreaming in the civil service. Photo: UN Women

On 14 and 15 July 2021, UN Women in partnership with the Civil Service Bureau - the state entity responsible for implementing civil service policies and promoting professional standards for civil servants - organized a joint workshop. The initiative aimed at strengthening gender-responsive employment mechanisms in the civil service; Participants also discussed the findings of the Participatory Gender Audit conducted in the Bureau with UN Women support in 2020. Aligned with the findings of the Audit, participants further discussed gender mainstreaming priorities for the civil service for the coming years.

“The findings of the Participatory Gender Audit have greatly informed the Bureau’s priorities in terms of gender mainstreaming,” said Ekaterine Kardava, Head of the Civil Service Bureau. “Bureau plans to develop a dedicated internal gender equality strategy and a respective action plan aligned with the Audit’s recommendations. Developing and promoting mechanisms to ensure a safe working environment for all public servants, promoting gender equality within the civil service is an important priority for the Civil Service Bureau.”

In 2020 and 2021 under the leadership of the Inter-Agency Commission on Gender Equality, Violence against Women and Domestic Violence and the Civil Service Bureau, eight civil organizations (with the Bureau among them) developed and adopted internal anti-sexual harassment complaints mechanisms. The Bureau plans to further accelerate efforts to ensure anti-sexual harassment mechanisms across the civil service.

The initiative is implemented within the framework of the “Good Governance for Gender Equality in Georgia” project generously funded by the Ministry of Foreign Affairs of Norway.