To support ending violence against women, Georgia national rugby team, the Lelos, will wear the UN Women logo on their jerseys when they play current World Champions South Africa team in July. 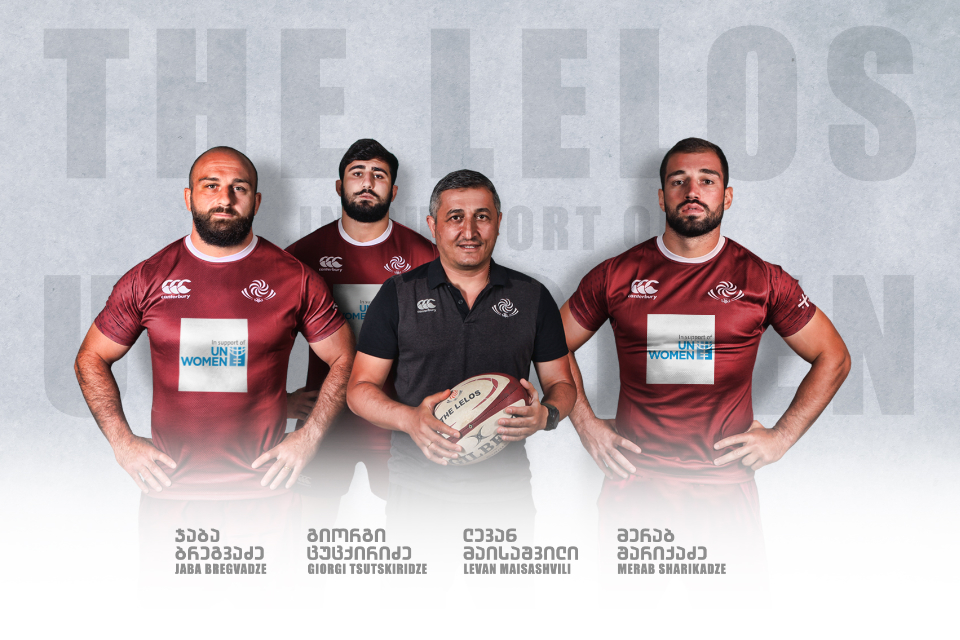 The national rugby team of Georgia, the Lelos, will raise awareness on ending violence against women by wearing the UN Women logo on their jerseys as they compete against the reigning World Champion South Africa team on 2 and 9 July.

South Africa’s matches first since they won the Rugby World Cup (RWC) in 2019, the games will also be the first between Georgia and South Africa since they two sides last met in the 2003 RWC. They are also important events in the rugby community after the Covid-19 pandemic restricted activities worldwide, including sporting events.

Georgia Rugby Union president Ioseb Tkemaladze said: “We decided to transform these long-awaited matches into a global message. We intentionally turned down sponsors’ funding to continue to support our historical partner in social programmes, UN Women, now from the global perspective. We would like to tell the whole world that ending violence against women and girls is more important than any game.”

Mr. Levan Maisashvili, head coach of the Lelos said: “We are glad to be given the opportunity to play such important test matches with this logo. Violence against women is a worldwide problem, and we are joining the global campaign against it now. Wearing the logo of UN Women instead of the main sponsor’s logo is an important message for supporting women’s rights.” 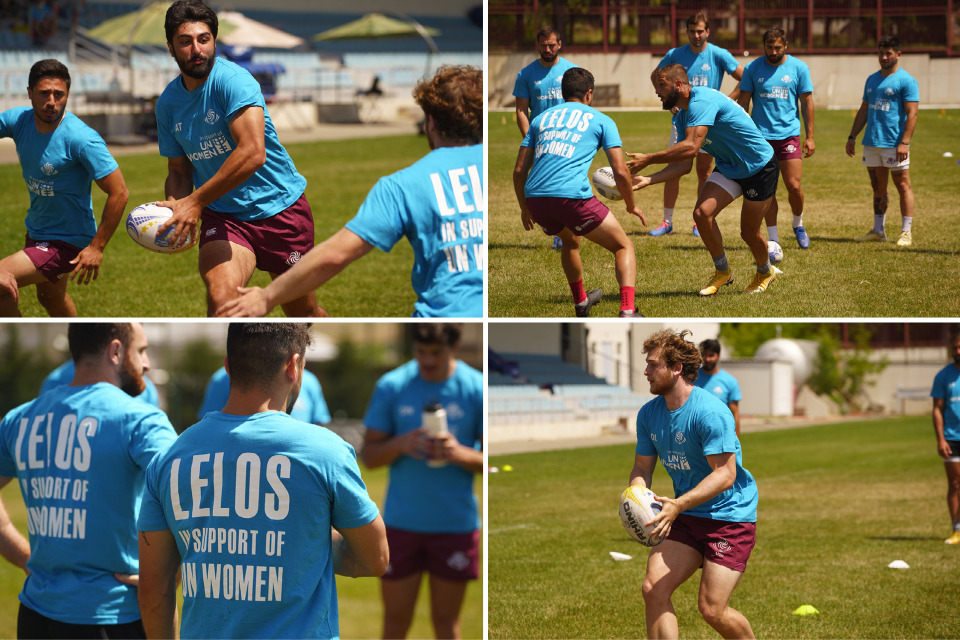 Georgian rugby players have a long-standing partnership with UN Women. The cooperation promotes the participation of men in the fight against violence against women and girls.

“We are honoured to be involved once again in the campaign for supporting gender equality and raising awareness against violence against women and girls. We will take part in the most important games of the summer tests with this message,” added the captain of the Georgian team, Mr. Merab Sharikadze.

“UN Women Georgia Country Office enjoys long-term partnership with the Georgia Rugby Union around ending violence against women. We are united in this struggle,” said Tamar Sabedashvili, the Country Representative in Georgia, ad interim. “It is especially joyful for us that the Lelos are dedicating this highly significant game to the cause of women’s rights and their empowerment.”

The Georgia team will also wear the UN Women logo on their jerseys while playing against Scotland in Tbilisi at Dinamo Arena on 17 July. Their shirts will again express their support to ending violence against women and girls.

Georgian rugby players have dedicated several international matches to the movement to end violence against women, including the UN Secretary-General’s UNiTE to End Violence against Women campaign and the UN Women global solidarity movement for gender equality, HeForShe. They also meet with local men and boys in Georgia discuss the imperative of stopping violence against women and girls.

Related News
04/07/2022
Young people against violence
01/06/2022
Gender-Sensitive Coverage in the Regional Media Focus
11/04/2022
Gender equality for a safe school environment
03/02/2022
In Georgia, police training improves response to violence against women
20/01/2022
Stand in the shoes of female victims of violence
END_OF_DOCUMENT_TOKEN_TO_BE_REPLACED