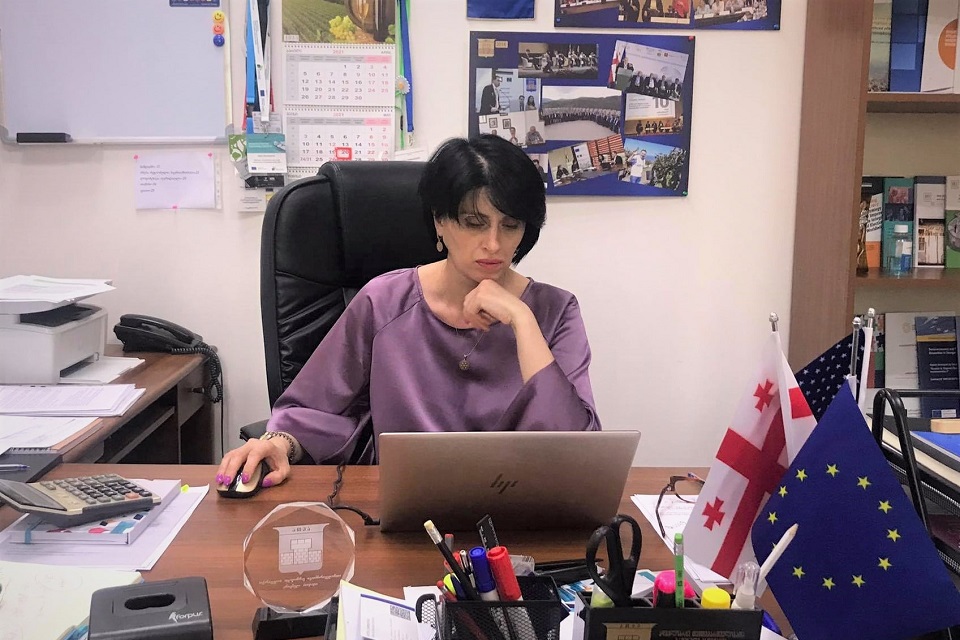 In line with the strategic partnership with UN Women and to promote women’s leadership and participation in local self-governance, the National Association of Local Authorities of Georgia (NALAG) supports local governments in developing evidence-based and bespoke municipal gender equality action plans.

To promote a uniform approach and standards to developing localized gender equality action plans across 64 municipalities, NALAG in partnership with UN Women adopted the “Guidelines on the Development of Municipal Gender Equality Action Plans”. The presentation of the guidelines took place on 17 June 2021 to a wide range of stakeholders. At the meeting, the next steps for the document’s operationalization, including a roll-out of capacity development trainings for the local authorities, were agreed on. The meeting was attended by more than 100 members of central and local governments, representatives of development partners and civil society.

“We hope that these guidelines will be used by local governments in enhancing existing, and in developing new and comprehensive, municipal gender equality action plans,” said Giorgi Tkemaladze, First Vice President of NALAG and Head of Tbilisi Sakrebulo.

In addition to the presentation, the event further featured the accession of three new municipalities - Khobi, Lanchkhuti and Oni - to the European Charter for Equality of Women and Men in Local Life. This effectively increased the number of municipalities in Georgia that have acceded to the Charter from 4 in 2018 to 21 in 2021 (32 per cent of the total 64 municipalities) - a direct result of joint advocacy efforts by NALAG and UN Women.

UN Women further plans to provide robust capacity development to local authorities in Georgia to develop municipal gender equality action plans in line with the new guidelines. In partnership with NALAG, 64 municipalities across Georgia will receive such capacity development support in 2021 and 2022.

UN Women’s cooperation with NALAG is taking place within the framework of the project “Good Governance for Gender Equality in Georgia”, supported by the Government of Norway.