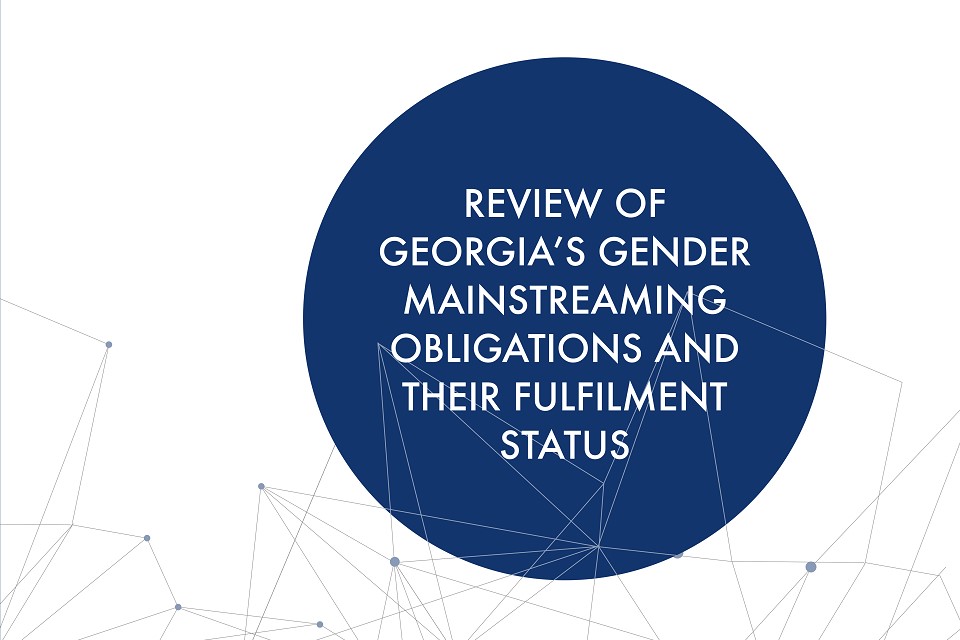 In the past three decades, Georgia has made tangible progress on gender equality. Despite progress, most notably with regards to developing stand-alone laws and action plans on gender equality and women’s empowerment, significant shortcomings remain in terms of realizing Georgia’s gender mainstreaming commitments.

On 10 March 2021, the Public Defender’s Office, in partnership with UN Women, hosted the presentation of the Public Defender’s special report “Review of Georgia’s Gender Mainstreaming Obligations and their Fulfilment Status”. The report is the first of its kind to assess Georgia’s progress towards implementing its gender mainstreaming commitments and puts forward a set of recommendations for the Government of Georgia on institutionalizing gender mainstreaming in the governance system at all levels. The presentation was attended by more than 45 representatives of the legislative and executive branches, development partners and civil society organizations.

“Although stand-alone equality policies are crucial for women’s empowerment, evidence shows that they are not enough. Gender mainstreaming in governance processes at all levels is essential for achieving substantive gender equality and better policymaking,” said UN Resident Coordinator Sabine Machl in her welcoming remarks. H.E. Machl further stressed the important role of the Public Defender’s Office in monitoring and overseeing the implementation of gender equality and gender mainstreaming in Georgia and congratulated the Public Defender’s Office on the development of the report.

Nino Lomjaria, Public Defender of Georgia, noted: “Georgia’s international commitments on gender mainstreaming, including those on institutionalizing gender responsive budgeting and integrating gender into the policy cycle, have not been adequately translated into national policy and legal frameworks. We hope that the findings and recommendations captured in this report will support the Government of Georgia in identifying and addressing gender mainstreaming gaps in the forthcoming reforms in the areas of public administration and human rights.”

The release of this report is strategically timed, as Georgia embarks on the development of several framework-setting documents, namely the Public Administration Reform Strategy, the Human Rights Strategy, their respective action plans, and national action plans on violence against women and women, peace and security. The findings and recommendations of this report are expected to inform the formulation of the above-mentioned governmental policies, contributing towards more inclusive and gender-responsive national planning in Georgia.

The initiative was conducted within the framework of the “Good Governance for Gender Equality in Georgia” project implemented by UN Women and generously supported by the Norwegian Ministry of Foreign Affairs.