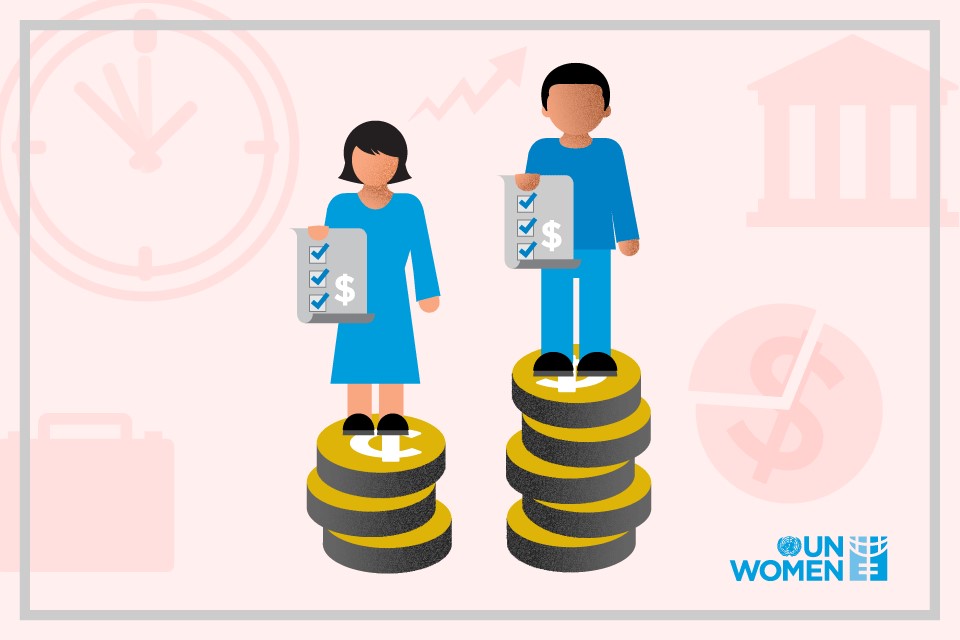 The adjusted gender pay gap in Armenia is estimated at 28.4 per cent. Photo: UN Women

The gender wage gap is the difference between the hourly wages earned by men and women in the labour market, expressed as a percentage of men’s wage. This raw gap does not take into account the characteristics of the individuals used in the comparison, most notably education. When such attributes are considered, the gap becomes “adjusted”.

The raw (unadjusted) gap calculated on monthly wages is 40 per cent. However, it includes the gender pay gap and the gender gap in hours worked. Armenian women are found to work less than men by about 14.3 per cent; therefore, the gender pay gap calculated on hourly wages - constituting 23.1 per cent - is smaller in comparison with the monthly gender pay gap. Women work fewer hours than men, and such differences are spread among ages, occupations and economic statuses. However, women spend comparatively more time than men engaged in household chores, including caring for children and sick, elderly and disabled family members.

The results of the study find evidence for horizontal gender segregation, as at least three quarters of women and men employees would need to trade places across the job categories for their distribution to become identical. Vertical segregation is quite pronounced as well. The study also analyses other gender-related labour-market inequalities, such as the gender gap in employment and the effect of childcare on women’s employment, among other issues. The entire report is based on ARMSTAT’s 2018 Labour Force Survey (LFS) data. The author of the report, Dr. Marjan Petreski, UN Women International Consultant, has trained ARMSTAT’s analytical staff to strengthen their capacity to reproduce the key indicators of the study for the upcoming waves of the LFS.

The activities were carried out within the framework of the project “Women’s Economic Empowerment in the South Caucasus”, financed by the Swiss Agency for Development and Cooperation and the Austrian Development Cooperation.

Related News
21/07/2022
Women entrepreneurs illustrate their successes and failures in the metaverse
11/07/2022
Rural Women’s Leadership for Positive Change
09/07/2022
UN Women Works to Increase Awareness of the Gender-Aware Economy
01/07/2022
First Profession and Job at the Age of 46
08/04/2022
Grace Hopper Award: Motivation for girls who want an ICT career
END_OF_DOCUMENT_TOKEN_TO_BE_REPLACED