Take Five: “We must raise awareness, to change society’s attitudes towards violence against women and to prevent such crimes” 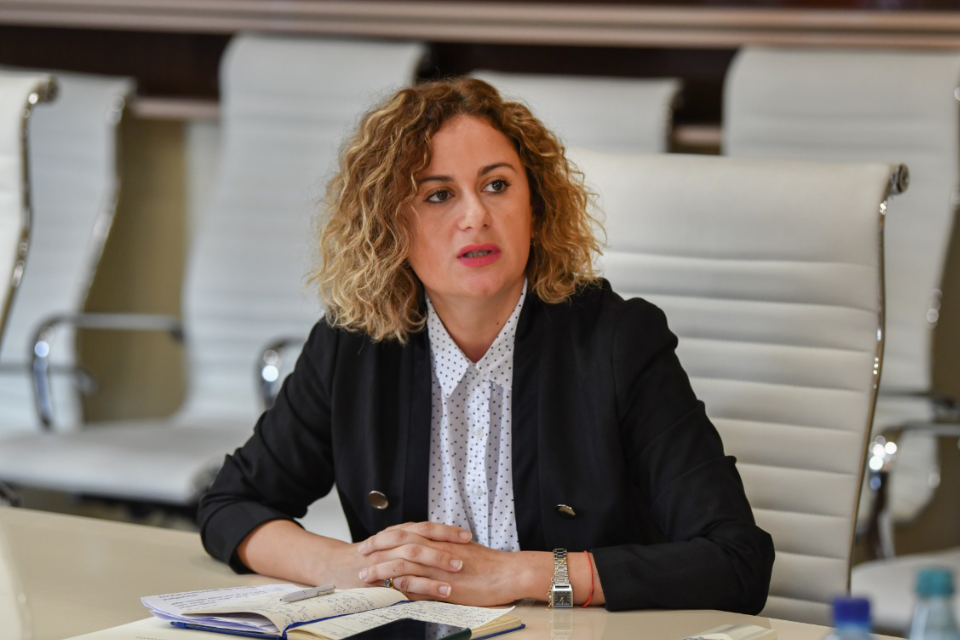 Natia Merebashvili is the Deputy Prosecutor General of Georgia. She has accompanied a number of improvements to the way the Prosecutor’s Office of Georgia handles violence against women (VAW) cases, with support from UN Women and with generous funding from the Governments of Norway and Sweden.

What are some of the changes made by the Prosecutor’s Office to prioritize and improve the handling of VAW cases?

In recent years, the Prosecutor’s Office of Georgia has been focused on protecting victims’ interests, their safety and their protection from revictimization by offering precise and timely support services and taking a sensitive approach to their needs. This has increased the trust of victims in the law enforcement system.

Presently, the rate of referrals and, consequently, criminal prosecutions against suspects, have increased significantly. For example, from 2013 to 2019 referrals have increased by 300% and criminal prosecutions – by 190%. The strict policy pursued by the Prosecutor’s Office sends a message to every perpetrator that we will have an adequate response. This includes responding immediately, refusing to use alternative prosecution mechanisms, pressing charges, and requesting severe coercive measures and punishment.

UN Women has supported us from a very early stage, and we are grateful for this invaluable cooperation. Improving administrative and criminal mechanisms has contributed to the effective fight against domestic violence. Definitions of crimes have been refined, aggravating circumstances added, and sanctions have increased. And in order to ensure efficient performance, guidelines were developed that introduced victim-centred, just and homogenous approaches by prosecutors. The introduction of the specialization standard has also contributed to raising the qualifications of prosecutors as well as sensitizing professionals.

Since 2018, only specialized prosecutors and investigators have been working on domestic violence cases in Georgia. What can you tell us about the results of this initiative?

Based on the Order of the Chief Prosecutor of Georgia, dated 20 February 2018, now only specialized prosecutors and investigators of the Prosecutor’s Office can handle criminal cases involving domestic violence, after having completed a special training course on domestic violence. … This training covers both legal and psychological aspects. In addition to upgrading their qualifications, the course actually changes the attitudes and approaches of prosecutors before they start working on cases, making them more sensitive to the issue, more compassionate to the victims and more focused on reducing the stress caused by the crime. It also enables them to support and empower the victims and to facilitate their participation in proceedings, while protecting them from secondary victimization

As a result of the introduction of this specialization standard in domestic violence cases, we have made significant progress and have seen tangible positive results by conducting qualified prosecutorial activities, gaining experience and applying sensitive approaches.

This year, the Prosecutor’s Office of Georgia also introduced specialization for prosecutors handling sex offences. What impact do you expect this to have?

As of 10 April 2021, only specialized investigators and prosecutors within the Prosecutor’s Office of Georgia can investigate sex crimes, conduct procedural supervision and support the state prosecution at court. Specialization trainings were supported by the Council of Europe and UN Women, which aimed at familiarizing participants with international standards, best international practices and new developments in the national legislation. Particular attention was also paid to the psychological aspects of communicating with victims. … Enhancing sensitive attitudes towards victims will ensure the consideration and protection of victims’ interests in legal proceedings.

Our expectation is that referrals for sex offences will increase, and the identification of perpetrators will rise, given the more qualified prosecutorial performance. This will ensure a results-oriented process and timely decision-making, which will ultimately promote women’s access to justice.

This year, there was a gender audit conducted at the Prosecutor’s Office with the support of UN Women and the Norwegian Ministry of Foreign Affairs. How are its key findings and recommendations being addressed?

The participatory gender audit addressed important areas for improvement, such as: gender mainstreaming in the organization’s objectives, programmes and implementation cycle, information and internal knowledge-management, reflecting gender equality in the organization’s products and public image; gender mainstreaming in human resources management and appreciation of staff achievements on gender equality.

In 2021, a sexual harassment complaints mechanism was developed by the Prosecutor’s Office with the expert support of UN Women. We also plan to intensify our efforts on gender mainstreaming in 2022 and develop an internal gender equality strategy and action plan. The 2022–2027 Development Strategy of the Prosecutor’s Office, which is expected to be approved by the end of the year, also reflects the audit recommendations, including five gender-sensitive objectives.

What remaining obstacles and challenges to handling VAW and domestic violence cases do you hope to address?

Much remains to be done in terms of victim support. The social and economic empowerment of women also remains a significant challenge for the State. In some cases, a victim lives with the perpetrator because she or her family economically depends on him.

It is important to expand resocialization and rehabilitation programmes for perpetrators, to include anger management, education on women’s rights, gender equality and other topics.

We must raise awareness, to change society’s attitudes towards violence against women and to prevent such crimes.

It is also important to evaluate the effectiveness of our implemented policy and to plan future criminal justice policy, which we have already started working on with UN Women.

Related News
11/04/2022
Gender equality for a safe school environment
03/02/2022
In Georgia, police training improves response to violence against women
20/01/2022
Stand in the shoes of female victims of violence
10/01/2022
UN Women promoting gender-sensitive media coverage
11/12/2021
What would you tell me? - UN Women campaign against sexual violence
END_OF_DOCUMENT_TOKEN_TO_BE_REPLACED