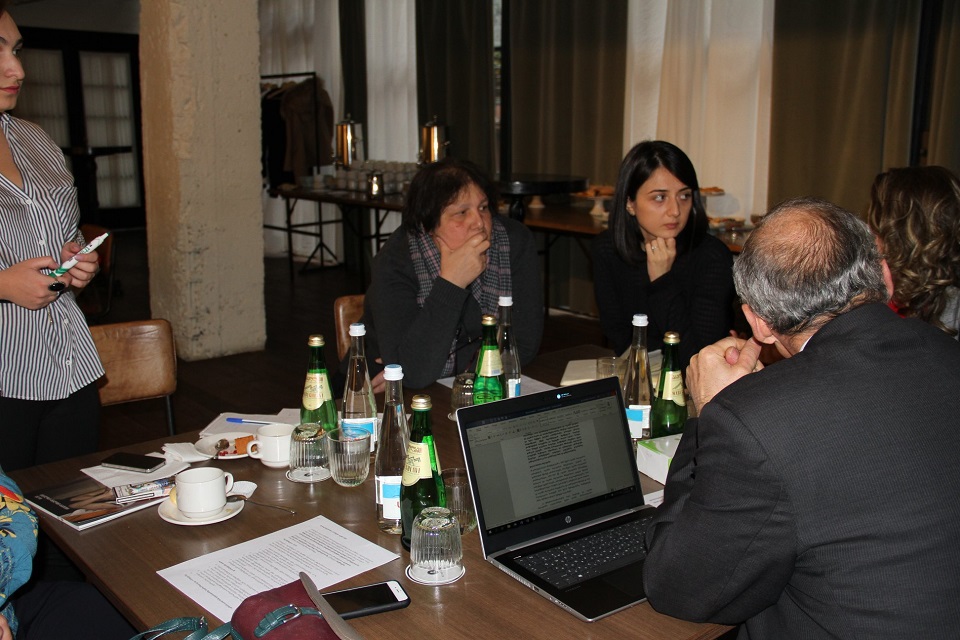 CSOs start working on the alternative report on the implementation of the Convention on the Elimination of All Forms of Discrimination against Women (CEDAW), 2018. Photo: Women's Information Center

Institutional mechanisms for gender equality should be equipped with adequate human, technical and financial resources; national action plans on gender equality issues should have dedicated funding from the state budget; femicide must be introduced as a separate article to the Criminal Code of Georgia; and the equal distribution of care work between men and women must be promoted. These are a few among a handful of recommendations documented in the civil society organizations’ joint alternative report submitted to the Committee tasked with monitoring the implementation of the Convention on the Elimination of All Forms of Discrimination against Women (CEDAW).

The report highlights progress but also, importantly, pertinent gaps in terms of implementing the gender equality agenda in Georgia. It identifies critical areas of concern and provides recommendations aligned with Georgia’s international and national commitments on gender equality and women’s empowerment. Among others, the report calls on the Parliament of Georgia to adopt a comprehensive national strategy on gender equality and further calls on the Government to implement an active and visible policy of gender mainstreaming so that gender is integrated into all policymaking and budgetary processes.

“It is important that the joint alternative report was prepared with the full engagement of organizations and networks working in different regions of the country,” states Elene-Maia Rusetskaya, head of the Women’s Information Center. “It clearly shows that despite the achievements, there are challenges and, in some cases, even steps back. This points to the unsystematic approaches and the still weak institutions that are responsible for the implementation of the equality policy and the elimination of discrimination against women in the country. We hope that the report will be an important and interesting document for the CEDAW Committee and that Georgia will receive relevant recommendations that will become a key guide for the coming years, so that the country can take particular steps to ensure substantive equality and eliminate discrimination.”

The alternative report also emphasizes that more attention should be given to the intersectionality of gender with other multiple forms of discrimination that the LGBTQI+ community, women with disabilities and other vulnerable groups of women face. Recommendations further identify the need for sex-disaggregated data to inform policymaking.

“UN Women is committed to working with national partners, including government and civil society organizations, to support the implementation of the CEDAW Concluding Observations that will be issued from the Committee and will be informed, inter alia, by this report,” said Tamar Sabedashvili, UN Women Country Representative in Georgia, ad interim. She further emphasized that the shadow reporting process was inclusive and representative.

The initiative was supported within the framework of the “Good Governance for Gender Equality in Georgia” project generously funded by the Ministry of Foreign Affairs of Norway.