Sexual offences to be investigated by the specialized investigators 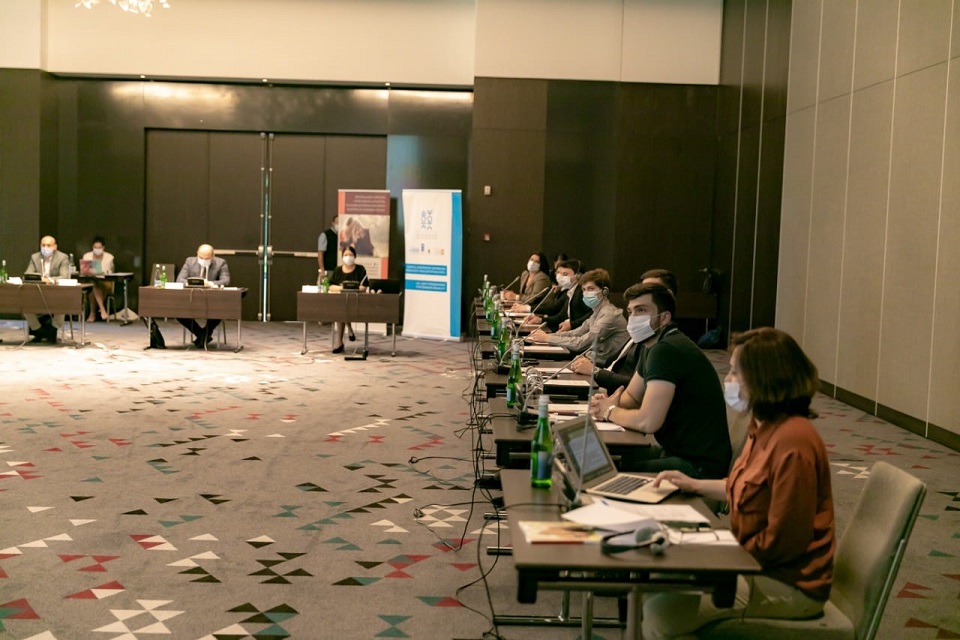 The UN Women continues to support relevant public entities to respond effectively to sexual violence crimes. The Ministry of Internal Affairs of Georgia has launched a process to target sexual offences, which includes a special training program supported by UN Women. The training program aims to build the capacity of representatives from the Ministry and develop the skills of trainers who will train investigators of sexual violence crimes.

There are plans to train up to 240 people who will investigate sexual offences and other crimes against sexual freedom in accordance with the relevant standards.The training of trainers started on June 8th, 2020. The participants discussed the following issues: gender-based violence; identifying and combating myths and stereotypes about sexual violence in accordance with the Istanbul Convention and other European standards; and effective practices for conducting victim-oriented, context-based investigations. The participants were also introduced to methodologies for conducting cascade trainings on sexual crimes.

Ms. Nati Gelovani, the Acting Head of the Human Rights Protection Unit of the Human Rights Protection and Investigation Quality Monitoring Department, was one of the participants of the training. She noted that it was particularly important for her to receive information on victim-oriented and context-based approaches to sexual violence cases as well as on the international standards for processing such cases. She said: “The knowledge gained during the training will help me to facilitate and improve the quality of victim-oriented investigations, better organize future trainings on sexual violence and provide information to the participants so that they are able to affectively investigate crimes against sexual freedom and inviolability.”

Training is based on the manual on sexual violence investigation, prosecution and adjudication developed with the support of the UN Women, the Council of Europe and the Organization “Equality Now”.

The training is supported by the Swedish Government through the “United Nations Joint Program for Gender Equality (UNJP), the Council of Europe and "Equality Now".

Related News
04/07/2022
Young people against violence
01/06/2022
Gender-Sensitive Coverage in the Regional Media Focus
11/04/2022
Gender equality for a safe school environment
03/02/2022
In Georgia, police training improves response to violence against women
20/01/2022
Stand in the shoes of female victims of violence
END_OF_DOCUMENT_TOKEN_TO_BE_REPLACED